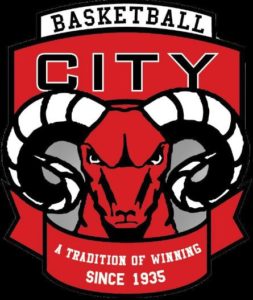 “…Guard Curtis Witt is contemplating walking on at the University of Nevada in Reno….”

“Hawks coach Lloyd Pierce has come a long way from that kid at the playground”—Marc J. Spears

A good guy lands in a good spot.

Mike Schmitz: “Ryuny is a home run get for USF. First evaluated him when he was a skinny 6-6 wing @ the 2016 U16 Bs in Sofia, & the Belarusian combo forward has improved at every stop since then. Now 6-9, fluid athlete, can handle, shoot & pass. Has instincts defensively.”

“‘It’s on again!’ Why an area basketball coach with state success took a new challenge”—Joe Davidson 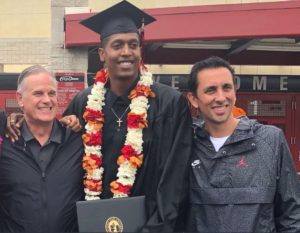 Malik Pope is now a graduate of San Diego State.

Conner Jackson: “After long consideration I have decided to reclassify to the 2019 class and attend Hillcrest Prep next year. Thank you to all the people who have truly believed in me throughout this journey @Hillcrest_Hoops” The 6-foot-2 guard attended Dublin High.

Kameron Burris-Garofalo, 6-foot-5 and out of Liberty High in Bakersfield, is headed to Notre Dame de Namur.

From “Vulcans add seven to men’s hoop program” comes this: “Jordan Graves is a 6-2 point guard from Santa Rosa College. Last season, he averaged ten points a game and 5.5 rebounds a contest. He started in 28 games for a Bear Cub team that went 25-5 on the season, was 16-0 in the Big 8 Conference and advanced to the California Junior College Final Four. Had an assist-to-turnover ratio of 3.2 (145 assists/44 TO’s), ranking in the top five in the state.

Graves went to North Monterey (Calif.) High School , where is the school’s all-time leading scorer and was the county Most Valuable Player.”