Anand Hundal going from Hawk to Redhawk | Nor Cal Basketball 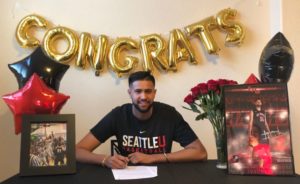 6-foot-10 Anand Hundal is living testimony to the power of commitment. Originially out of Manteca High, he averaged 14.8 points, 10.3 rebounds and 2.7 blocked shots a game while shooting 57% and 76% respectively as a Las Positas College sophomore in 2017-18. That production, the product of many hours in the gym and weight room, produced multiple suitors as Hundal enjoyed offers from Canisius, Toledo, Montana State and Seattle before deciding on the latter.

A member of the Western Athletic Conference, which featured four teams winning 20+ games this season, the Redhawks are coming off a 20-14 season in the first year of Coach Jim Hayford’s tenure. He came to Seattle after a very successful six-season run at Eastern Washington of the Big Sky Conference.

Hundal offered multiple reasons for his selection of the Redhawks. “I had a great trip, I liked all the coaches and the style of play is intriguing.” Hayford utilizes an uptempo offensive system which produced modern program records of total points (2,589), field goals (881), field goal percentage (44.6), three-point field goals (312), free-throw percentage (73.8), rebounds (1,298) and blocks (123).

He added, “Winning matters and they play in a tough league. Seattle (the city) is beautiful and Seattle (the school) has one of the top business schools in the country. Playing D1 basketball was my dream and I stayed true to myself after having just a really late offer out of high school.” 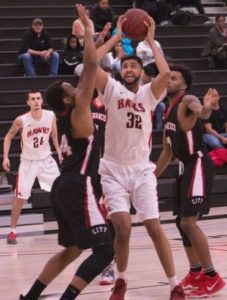 His recruitment began with Seattle Assistant Coach Ryan Madry, formerly of Bishop O’Dowd and West Valley College, reaching out. “We kept in touch and talked everyday before my visit.” Hayford extended an offer just prior to Hundal’s official visit.

Asked what he will add to his new team, Hundal said, “A lot of things. I’m pretty versatile, a complete basketball player with an understanding of the game. Coach Hayford commented that I have a really good knowledge of basketball. I’ll also provide leadership and be a great student and teammate.”

One of those returning to Seattle for his final season is 7-foot-3 Aaron Menzies who produced 11.3 points, 8.9 rebounds and 2.3 blocked shots a game as a junior. His presence will allow Hundal to primarily play as a forward.

Hundal leaves next month to begin his new basketball and educational adventure.