The 'get' of Jordan Brown takes the Nevada program from 'dreaming the impossible dream' to reality. | Nor Cal Basketball 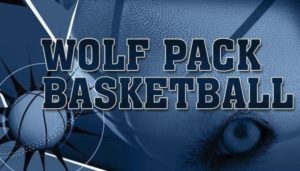 A couple of weeks ago, Nevada Coach Eric Musselman achieved the unattainable: landing 6-foot-11 five-star player Jordan Brown. Such a lauded recruit wasn’t supposed to even be in the realm of possibilities for the Wolf Pack as Brown surely would certainly not settle for the Mountain West Conference as well as the limited exposure that brings.

So why and how did this marriage happen?

The answers are multiple but, simply put, it was a confluence of the following factors:

Fans complaining about ‘their’ coaches being unable to land a five-star recruit need to understand the reality behind such an achievement. A winning team comes first, one that hopefully has already made some Big Dance noise. To his credit, Musselman swiftly turned his Wolf Pack program in reaching those benchmarks. Without this ‘base’ as a jumping off point in the continued pursuit of Brown, forget it. Plus, he did it his way, trailblazing primarily with transfers from four-year schools which makes the Wolf Pack success all the more remarkable.