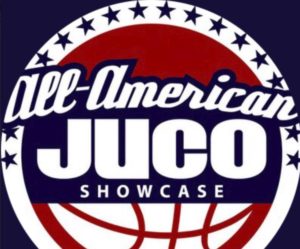 The NCAA certified All American JUCO Showcase Elite 80 took place on July 28-29 in Las Vegas and featured a talented northern California contingent. Chabot’s Keenan McMiller coached a team in the event, the sole northern California head coach to do so and the gathering of 2019 prospects included:

How did McMiller’s participation, as well as that of the players, come about?

The All American JUCO Showcase Elite 80 engagement is currently operated by Brendan Walker and Scott Golden but began under the leadership of Brad Winton who has since become a player agent. “Brad took some of my guys in the past and he connected me with Brendan.” McMiller explained. “Brendan said he liked the way Armon Economou played in Dallas and also saw me there (a July JUCO showcase hosted by Jerry Mullen). He offered me a coaching spot for his Las Vegas event.”

Walker issued multiple player invites based on both what he saw in Dallas and feedback from Mullen and the Bay Area’s Gerry Freitas.

That plays into an important guideline for all student-athletes: regardless of score or team makeup, going all out 100% of the time is critical because you never know who is watching and what influence they possess.