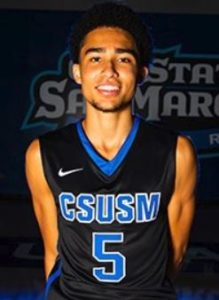 Jayce McCain: “For those that do not know, I am not playing this season due to medical reasons. I know that God has a plan for me even if it doesn’t involve basketball in the future”

Out of Folsom High, McCain is with Cal State San Marcos. 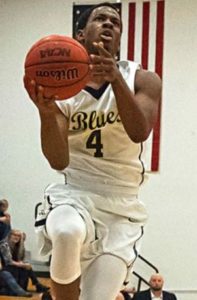 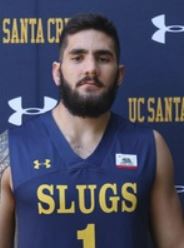 Then in a Saturday 80-77 win over Colby, Sam Gabbard doubled up again with 21 points plus 10 boards as well as five assists.

Walker is at Hillcrest Prep this season and recently rescinded a verbal to Arizona State.

Robert Heusel: “Former @fcb_basketball – guard Jared Cunningham is returning to Europe! He will sign with @EuroCup – Team Germani Brescia, 11th ranked team in Italy, until the end of the season.”

Didn’t know this: Damany Hendrix is an assistant coach this season with the Northern Arizona Suns. About Damany

In five games thus far for Nevada, 6-foot-10 freshman Jordan Brown is averaging 8.4 points plus 4.6 rebounds in just under 18 minutes a game. Brown is shooting 57% overall, 0-1 from long distance and 53% at the foul line. He has blocked four shots.