Logan (St. Francis) Johnson tallied seven points in Cincinnati’s 93-64 whomping of visiting UCLA. The spot where Steve Alford sits on the bench must seem like a hot plate turned to extra high.

Salesian checks in at #1.

“TONY PARKER, RUDY GOBERT AND THE WORLD OF THE BLACK INTERNATIONAL PLAYER IN THE NBA
Players discuss adapting to African-American culture, dealing with racism and where they hope to live after their basketball careers are over” Marc J. Spears

Another as usual insightful piece from Spears. 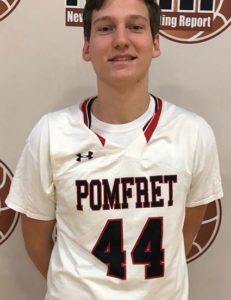 Pomfret is located in Connecticut. Karren is a West Campus High graduate.

Coaching Changes: “As far as I know, Cal Baptist is handling the transition from D2 to D1 with more success than just about anyone else that has tried it They’ve been competitive in almost every game and just gave Southeast Louisiana a merciless beating Rick Croy and company are doing a great job.”

San Jose State University first hired Dave Wojcik (who was fired for unacceptable behaviour) over Croy (who interviewed) and then brought in Jéan Prioleau from Colorado. Croy knew he had no chance and turned down interviewing a second time. Different ADs did the hirings for the sake of clarification. Do the Spartans want a do-over?

Click the link and scroll down for the article on Byrne.

“Chaminade University men’s basketball players Erik Scheive and Grant Dressler have been named the Pacific West Conference Player and Defender of the Week, respectively. The awards reflect the week of Dec. 10 through 16.

The duo helped the Silverswords (ranked 20th in the NABC Coaches Poll, 23rd in the D2SIDA Media Poll) to a 3-0 week.

Scheive, the senior 6-10 forward from Marysville, Calif., had a sensational week, averaging 19.7 points and 10.0 rebounds while shooting at a 53.8 percent (21 of 39) clip. The Yuba College and Marysville High School alumnus posted a career-high 26 points with nine rebounds, two steals and a block in Saturday’s win over Holy Names. He also made 9-for-14 field goals with two 3-pointers and made all six shots from the free throw line.

Scheive followed that performance with another scintillating game with a 25-point, 12-rebound performance against Western Washington in the Hoops in Hawai’i D2 Power Invitational on Sunday, the program’s first-ever win against the Vikings. He made 10 of his 18 shots from the floor.

He upped his season averages to 15.8 points and 6.9 rebounds per game which ranks sixth and fourth, respectively, in the PacWest. Scheive is also fourth in the conference in field goal percentage at 51.7 percent. It is his first career weekly conference honor…”