Cody Krupp: “Eric (Marysville High/Yuba College) Schieve may have a pacemaker in his chest but the senior is still the

beat of a nationally 12th ranked (Chaminade) GoSwords men’s basketball team out to the best start in program history. The captain has eyes on continuing his basketball career even past his time in Honolulu.”

Archbishop Riordan is in the top spot.

The Oakland Soldiers are back to rounding up some Bay Area and northern California talents–good to see: 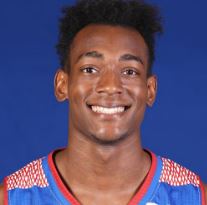 6-foot-8 Stokley (Amador Valley High/Las Positas College) Chaffee Jr. is in his senior season at Tennessee State and averaging 6.3 points plus a team high 6.5 rebounds per game while shooting 53% overall and 68% at the foul line. His 11 blocked shots (11 games/starts) are also tops on his team.

From late December: “Tyler Johnson has suddenly become one of the Heat’s most reliable scorers”