Is UCLA waiting for Chris Beard and Texas Tech to finish in the NCAAs?

No, this is not an April Fool’s joke. Name someone better who would fit.

So will it be Lubbock or Los Angeles for Beard? 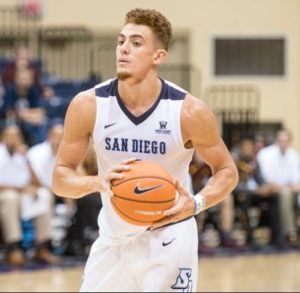 Transfers. Who wants these soft-minded, me-first whiners? Guys who usually went too high in the initial round of recruiting and with egos remaining over-inflated despite the reality of not being good enough to earn playing time. Okay, did I miss a negative?

Well, praise goes out to this transfer, someone who moved on to a better team and conference and became even more productive.

After a very solid senior season of 20 points and 10 rebounds a game at Placer High in Auburn, Pineiro removed himself from organized basketball for dual purposes: stopping the tick-tock of his recruiting clock and focusing on building his body and increasing his athletic prowess. How many youngsters demonstrate this level of sagacity and willpower? The following year, Pineiro officially got back on the court at Sierra Junior College in Rocklin and averaged 15.4 points and 7.4 rebounds per contest.

That level of production produced a call from Portland State of the Big Sky Conference  and Pineiro responded affirmatively. He played in all 31 games for the Vikings, totaling 19 starts and averaging of 12.0 points and 5.5 rebounds per game while shooting 50.7 percent from the field and 76.3 percent from the free throw line. Pineiro cultivated three double-doubles: 24 points and 14 rebounds versus Rio Grande Valley, 13 and 11 against Nevada and 31 plus 12 in a matchup with Northern Arizona.

Not satisfied with his situation in Oregon, Pineiro transferred to San Diego of the West Coast Conference (a more promising situation, better academics and superior weather) and sat out the 2016-17 season. A long foundering program, the Toreros have posted a cumulative 23-15 record under second-year head coach Sam Scholl (21-14 this season, 2-1 the season before when he succeeded Lamont Smith). As a junior, Pineiro was named First Team All-WCC based on his 15.7 points and 6.2 rebounds. He shot 49% overall, 78% from the foul line with 10 games of 20 or more points in addition to 71 assists and 27 blocked shots.

This season as a senior, Pineiro followed up with 18.8 points plus 9.4 rebounds a contest, 49%, 34% and 82% shooting accuracy, plus 44 steals and 19 blocked shots. Again, his play produced his inclusion on the First Team All-WCC squad.

Maybe it’s time to not over-generalize about those changing schools and rather look at each transfer on a case-by-case basis.

And just where were the Nor Cal D-1 schools when Pineiro was available, twice?

Hoping it works well but… Fox was very successful at Nevada when he was best in the conference in recruiting but that won’t be the case with California in the PAC-12.

Congratulations to Hawkins. Don’t quite see the SEC for him but here’s hoping it works. 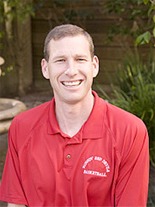 “For guiding the Red Devils to the D3 state final when they began the season expected to be in the shadow of league rival Stuart Hall and for the work he’s done since 2005 building the program at University, Bessolo gets the nod for this division.

In his 15 seasons at University, Bessolo’s teams have won a share of 10 league championships and have won two NorCal titles. The first came in 2015 in Division V. This year’s title was earned with a 44-41 triumph over Monterey and was followed with a loss to La Jolla Country Day in the D3 state final.

Stuart Hall, which played in the CIF D4 state final last season, had defeated the Red Devils three times prior to the CIF North Coast Section D5 championship. In that game, however, University won 63-46 and then went on its run in the NorCal playoffs despite being moved up to D3.

A San Francisco native who later moved to Ventura County and played at Thacher School in Ojai, Bessolo also may be the first Harvard Business School MBA graduate who’s been a state coach of the year. He went to Harvard after earning his undergraduate degree and playing basketball at Columbia University in New York. Bessolo began coaching nearly 20 years ago for Chicago area AAU programs and came back to San Francisco in 2005 where he took the University job and also founded the Bay Area Warriors AAU program. The Bay City Warriors has helped more than 100 kids go on to play in college.”

Randy Bessolo is another one of the most generous and caring individuals in both life and youth basketball. We are blessed to have him in the Bay Area.

Will KSmith keep Tim (St. Francis High) Marrion on board?

All of the Signal the Light Basketball northern California community college honorees in one place.

An individual worthy of everyone’s admiration.