So it’s Cincinnati’s Mick Cronin taking over in Westwood. The most fascinating aspect to watch for is how dogged and gritty his Bruin teams will be? Can he get ‘bluebloods’ to play physical? Also, does freshman Logan Johnson remain in The Queen City now that the coach he signed with has departed?

Here’s why Tony Bennett wouldn’t be a good fit in Westwood: his offensive style and pace. Sure, he could change how he employs his team but why hire someone who would immediately need to make such drastic a fundamental transformation? But not switching his philosophy would immediately reduce UCLA’s blue chip recruiting prowess. Bennett won at Washington State and now at Virginia with four-year players, not four and five star prospects. UCLA simply isn’t a good fit if, in fact, he was ever a candidate. 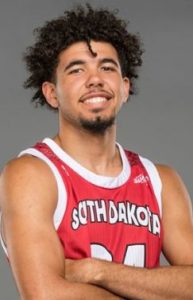 The 6-foot-4 sophomore out of Las Lomas High will be a sophomore. 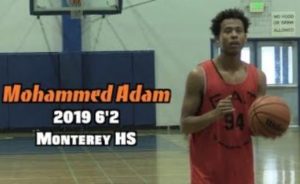 Cali Rebels: “Congrats to 2019 6’10 Dean Keeler (Marina) has picked up an offer from Chico State”

“‘It hurts our area and our town.’ Prolific hoops coach resigns after 20 seasons” James Burns  Sierra High’s Scott Thomason has stepped aside.