The NCAA D1 signing period for men’s basketball opens on Wednesday, April 17 and concludes on May 15.

Congrats to Coach Tention—so who will be heading the Palo Alto High boys basketball program?

James Chun: “Blessed to say that I am 100% committed to Santa Monica College. I am excited to chase to basketball dreams and I feel like this will be the best place for me. Thankful for everyone in my corner, everyone that recruited me, and this whole process. Go Corsairs!”

The former Archbishop Riordan guard redshirted this past season at Chaminade.

“Jacks Add Another Division I Talent in Leland Green” 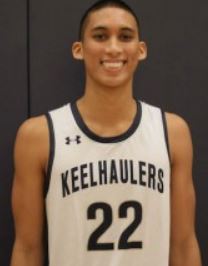 Cal Maritime’s Zavier (Rodriguez High) Lucero averaged 13.6 points (second on the team), 8.1 rebounds (tops on the team) and 1.7 blocks best on the team) for the Keelhaulers in this recently concluded season. The 6-foot-5 sophomore shot 48%, 43% and 78% respectively plus his 29 steals also placed him second in that category on Coach Brendan Rooney’s squad. Lucero was honored as a First Team California Pacific Conference selection.

“Where are the black basketball coaches in the Power 5 conferences? Big Ten and the Pac-12 don’t have an African American men’s head coach” William C. Rhoden

“LeBron James Opened a School That Was Considered an Experiment. It’s Showing Promise.  The inaugural class of third and fourth graders at the school has posted extraordinary results on its first set of test scores” Erica L. Green