We have a roster of great players who are all good students including several who are interested in High Academic colleges. All of the players are 2020 prospects. Three of the players are joining us for the summer including two from Prep Schools out east and a 2019 (Wrenn Robinson) who is going to do a PG year and is now a 2020. I have written a little summary on each player below but please feel free to contact me to discuss them in more detail. I have also attached a roster with phone numbers. 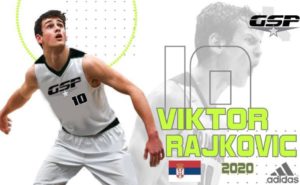 Golden State Prep Bball: “Please welcome vikr_7 to the GSP family. Viktor (Rajkovic) is an absolute stud of a player. MM+ prospect. Not too many compete at his level.

Eric Mireri, a 6-foot-4 guard out of College of Marin, signed with Idaho in May (the Vandals also just made a coaching change).

NBBA: “Good luck to former NBBAshowcase player, Petaluma HS and College of Marin standout Joey Potts (joeykanepotts) as he heads off to Oregon State to continue his basketball career at the D1 level!! Best of luck Joey. Keep working!!!”

John Murphy: “Rich Forslund said he is not returning to assist at Riordan in 2019-2020, but is looking. He had successful head coaching runs at Lowell, Burlingame, Riordan and Half Moon Bay, especially the latter two, winning 194 games and state title at Riordan and 163 games at HMB.” 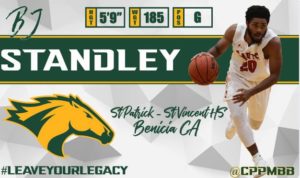 Standley was at St. Martin’s in Washington. SM’s head coach Alex Pribble left to become associate head coach of Seattle in May.

Chris Murray: “Random: SJSU basketball’s leading scorer in each of the last five years has either transferred the following season (four times) or been dismissed from the team (once). Top two scorers from last year transferred. Top three from season prior transferred.”

“Marbury to Coach in China”

In the article: “In 2015, he was the first foreign player to receive a green card in China.” Wouldn’t that be a red card?