Hoop Dirt: “I have heard that Devin Aye will be named as the new head basketball coach at San Jose City  College. He was most recently the head coach and AD at Copper Mountain College, and has also been the head coach at both Cosumnes River CC and Lassen CC.” 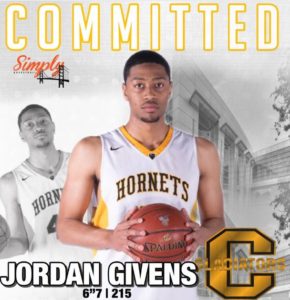 Another newcomer to Chabot College hoops. 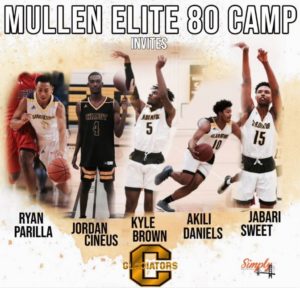 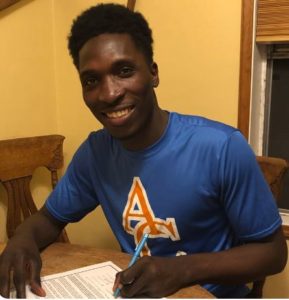 NBBA: “We are proud to announce that Emmanuel Adeoye (2019 C, Salesian) has signed a scholarship with National JUCO, Angelina College (TX)! Manny has worked his butt off these past four years and totally deserves this opportunity. We look forward to seeing you play at the next level!”

Adeoye stands 6-foot-9 and is out of Salesian Prep.

Elias King: “Excited to receive an offer from UMass Lowell!”

Out of Jesuit High, the 6-foot-8 King recently visited Elon and also holds offers from Northeastern and Santa Barbara but these may or may not still be in effect since they occurred back in February and April respectively.

Cameron Salerno: “2020 F @colehawk23 from @ProlificPrep is on his first official visit to Rutgers this weekend. (Coleman) Hawkins played at Antelope HS before enrolling at PP last year. He holds offers from many schools including Nevada, Wake Forest, Arizona, USC, WSU & more.”

Packie Turner: “Congrats @NigelBurris3 on receiving his first offer from @Mustangcoach14 of Cal Poly. Nigel is very skilled w/great size and the ability to score at all three levels. He comes and works each week w/a focus & determination to learn and get better.”

Burris is a 6-foot-6 2020 prospect out of Stuart Hall High. John Smith is the new head coach at Cal Poly.

The Undefeated: “Raptors assistant coach Phil Handy has developed a reputation as one of the best skill development coaches in the NBA.

Before winning a championship with Toronto, Handy took The Undefeated’s @MarcJSpearsESPN down memory lane in his hometown of Oakland.”

Hit this link to see the video homage to Oaktown.

Handy and NBA championships go together.