Looking at the transfers of Logan Johnson and Damari  Milstead

Keeping the above in mind, Logan (St. Francis High) Johnson has completed his transfer from Cincinnati to St. Mary’s.

The 6-foot-3 freshman didn’t play much with the Bearcats (7.0 minutes a night) but enjoyed standout moments as a defender, something not often associated with newcomers to the college ranks. After redshirting the upcoming 2019-20 season, he’ll be a backcourt defender the likes the Gaels haven’t enjoyed for some time. Personal gripe: any player should be immediately eligible as a transfer if the coach who signed them leaves for any reason.

But is Johnson a point or a two, some sort of hybrid or simply a guard who is best as a defender at the moment? For the record, he shot a solid 47% overall, 25% on 12 three-point attempts and 70% on 20 free throws. His outside shooting needs improvement and now he’ll have a year to upgrade his mechanics and consistency. He also posted 21 assists versus 18 turnovers.

Interesting question: would he have remained at Cincy if his signing coach, Mick Cronin, had not departed for the UCLA job? Only Johnson and those close to him know the answer.

As for following Cronin to Westwood, Johnson possesses the physical skills and aggressive mindset to play for the Bruins but likely as a limited role player until he increases his plus skills to beyond defending. Cronin needs a few four and five year talents for balance and roster continuity but Johnson would again likely play minimal minutes as a redshirt sophomore. Cronin, now located in the worldwide headquarters of instant gratification, wasn’t in a position to wait and see if Johnson’s skills set expanded. The likely result of Johnson’s signing on (which doesn’t ever appear to be a consideration): an explosion of negativity enveloping the Southland Twitter-verse and Cronin doesn’t need such a reaction especially this early-on in his Bruin tenure.

Cronin was hired by the Bruins in April and the Bearcat athletic administration hired a replacement (John Brannen from Northern Kentucky) that same month. Johnson entered the transfer portal in May, making it appear he and Brannen didn’t necessarily click or share similar visions. Cincinnati moved forward and began signing point guard prospects once Johnson made his initial departure announcement.

But again, keep in mind there are many reasons to make an address change.

The 6-foot-2 Milstead is coming off a very solid sophomore season as the starting point at Grand Canyon University. After coming off bench opening the season, he entered the starting rotation on December 9 and remained in the first five thereafter. Milstead averaged 10.3 points per game (40%, 34% and 75% shooting accuracy) while leading the team in assists at 3.6 and steals at 1.4 (47). He ranked fourth in the Western Athletic Conference with a 3.6-to-1.9 assist-to-turnover ratio (overall 122/65).

So why the announcement and its unusual timing (June 10) after an extremely solid season?

Like with Johnson, only close Milstead intimates plus the GCU coaching staff know the answer.

As for the playing time angle, the Antelopes currently possess three candidates for point guards duties in 2019-10 but none appear likely to immediately replicate Milstead’s distribution production. Coach Dan Majerle signed a heralded 5-foot-10 freshman prep newcomer who likely will need some period of seasoning and has a D1 transfer becoming eligible in December plus a D1 transfer ready to play when the season begins. But the latter two are more scorers and secondarily passers.

Curiously, Milstead’s choice upon graduating from Moreau Catholic was between Saint Mary’s and GCU. However, the Gaels currently lack an open scholarship. USF is in need of a proven point and has multiple openings.

Devin Aye: “My dream has become a reality!!! I am blessed to announce I have accepted the Head Men’s Basketball Coaching position at San Jose City College! As a former Jag it feels great to be coming home….” link 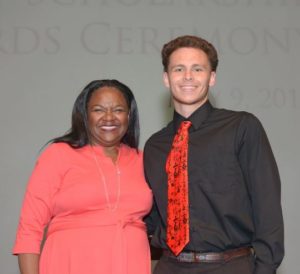 Interesting names on some of the teams of the San Francisco Pro-Am:

Michael Wright (CCSF) is with the Bay Raiders — has he signed with a four-year school? It was Prairie View originally.