Bay City Basketball: “Congrats to Brenden Patrick for committing to Lewis and Clark in Portland Oregon to continue his basketball and academic journey. Brendrn is a Swiss Army knife do it all guard that is a flat out winner! BP player with Bay City for one season and was a big part of the talented 2019 team last summer. BP also attended Bishop O’Dowd high school and is a high academic student!”

Patrick is a 6-foot point. 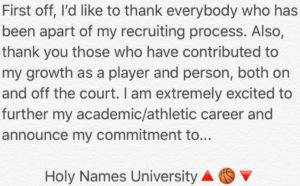 He’s 6-foot-7 and out of Moorpark College with a 3.7 grade point average. De Corsi averaged 10.7 points plus 4.6 boards while shooting 51% overall. 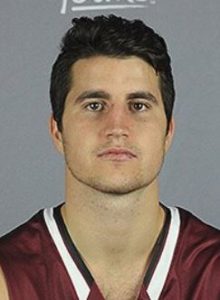 6-foot-5 Tommy (Half Moon Bay High/Fresno City College) Nuno has finished his initial season at Colorado Mesa University. The junior averaged 11.9 points plus 4.9 rebounds while shooting 54%, 28% and 66% respectively. His 47 steals and 15 blocks ed CMU and he was second in assists with 112.

Chris Bischof is returning to the sidelines once more.

Ethan Kassel: “Corey Maloney has been hired as the new boys basketball coach at Kennedy (Fremont). A 2013 Newark Memorial graduate, he was an assistant last year with the Titans”