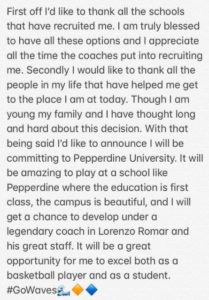 The 6-foot-2 Kucak is out of Turkey and also owns a Texas Christian University offer. 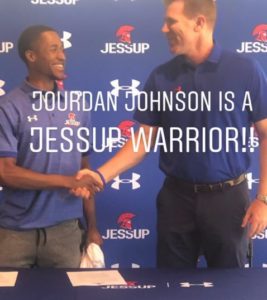 Yaru Harvey: “Truly blessed to have received an offer from Santa Clara University!” 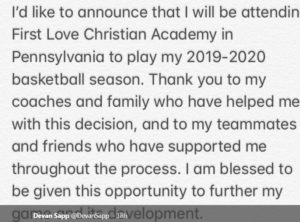 “Excited to add Ousmani Williams from Rancho Cotati High School in Rohnert Park, CA to our program. Welcome to the Siskiyous family!”

“Excited to add Kaleb Taylor beastmode343⁩ from Mt Healthy High School in Cincinnati,OH to our program. Welcome to the Siskiyous family Kaleb!”

“Excited to add Roberto LaMorticella from Box Hill Senior Secondary College in Victoria, Australia to our program! Welcome to the Siskiyous family Roberto!”

Cody Krupp: “Back during Christmas time we brought you the story of GoSwords SwordsMBB stand out Erik Scheive overcoming a near death experience and a pacemaker in his chest as Scheive continued to thrive. He still is. Signed a professional contract with Ehingen Urspring in Germany.

Scheive is out of Marysville High, Yuba College and Chaminade University

Here is the health incident referenced by Krupp.

Both are formerly of Vanden High

DreDay: “Excited to announce that I will be attending College Prep Academy in Sacramento CA this coming year to further my skills athletically and academically! Greatful to be apart of the program and build it from the ground up, let’s get to work!”

Among the 2019 NBA G League Player Invitational Invitees are:

“The NCAA Playing Rules Oversight Panel approved moving the three-point line to the international basketball distance of 22 feet and one and three-quarter inches. The line has been positioned at 20 feet 9 inches.

The rule will be effective for the 2019-20 season in Division I. Due to the potential financial impact of placing a new line on courts, the new three-point line will not go into effect until the 2020-21 season in Divisions II and III.

The CCCAA will require teams to make the adjustment to courts for the 2020-21 season.

Men’s Basketball Rules Committee members recommended the change after receiving positive feedback from the annual rules survey from coaches whose teams competed in the 2018 and 2019 National Invitation Tournament, where the international three-point distance was used on an experimental basis.

The committee cited the following rationale for extending the line:

Making the lane more available for dribble/drive plays from the perimeter.

Slowing the trend of the three-point shot becoming too prevalent in men?s college basketball by making the shot a bit more challenging, while at the same time keeping the shot an integral part of the game.

Also, starting this upcoming season, instead of having the shot clock reset to 30 seconds after an offensive rebound, it will start over at 20 seconds.”