Naseem Gaskin moves to Missoula as Chris Cobb works his magic again. Might Damian Lilliard have ventured instead to Montana (rather than Weber State) if Cobb was there at the time? Just speculating.

Hit the link above for the game box. 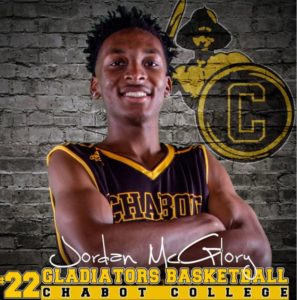 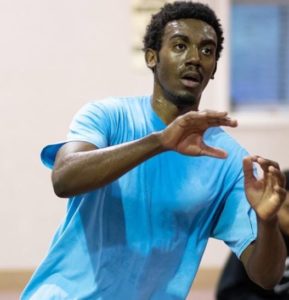 6-foot-5 Zamaria Odom is out of Berkeley High and College of Marin.

Derrick Jones: “SIGNING ALERT Special day for me as a head coach. My guy The_RealMoni has signed with Division 2 Post University in CT. Thanks to CoachK_PostU for reaching out and giving my guy a chance to further his education and hoop career!!! merritthoops

Jamoni Barber is a 6-foot point out of Castro Valley High and Merritt College. He averaged 10.6 points, 3.3 boards and 2.3 assists this past season.

“Isaiah Pope Announces Commitment to Play Basketball at Humboldt State University“ Pope is 6-foot-5 and out of Orange County.

The 6-foot-9 big out of Valley Christian (San Jose) heads out of state.

Two  more for Coach Dallas Jensen and College of the Sequoias:

“COSMBB is excited about the addition of 6’8” Lamine Ndione (Stoke on Trent HS, Lee Academy – Dakar, Senegal). Lamine is a versatile player who can impact the game on both ends of the floor. Great addition to the Giants family. Four-year programs take notice early!”

“COSMBB would like to welcome 6’10” transfer Tyler Harris (Scotts Valley HS, Gavilan College – Scotts Valley, CA) to the Giants family! Tyler is a developing post with a great feel for the game. A RS transfer, Tyler should be a big time producer his SO year in ‘20-‘21.”

Bring your Family and Friends out to North Bay Basketball Academy Night as the Warriors begin their next chapter in the Chase Center. Support NBBA in our only fundraiser by cheering on the three-time NBA Champion Golden State Warriors as they take on the San Antonio Spurs led by the legendary coach, Gregg Popovich.

NBBA players will be placed into a raffle for the opportunity to participate in ONE (1) of the expected events below. The approved activities, and number of participants for each, will be announced in the next newsletter.

* We have 375 tickets for NBBA families and we expect to sell out fast. Last year we sold all of our tickets in 1 hour.

(To guarantee tickets, payment must be completed immediately after RSVP’ing).

“Are We Sure … the Magic Won’t Make a Leap?
This offseason, Orlando doubled down on the core that won one first-round playoff game. But look closer and you’ll see a team that could be a contender in the East next season.” Jonathan Tjarks

“…(Aaron) Gordon has already transformed himself in the NBA. He became a consistent 3-point shooter (34.9 percent from 3 on 4.4 attempts per game last season) after entering the league as a nonshooter (27.1 percent from 3 on 1.0 attempts per game as a rookie). The change allowed him to avoid the fate of a number of big and athletic wings with poor jumpers who have flamed out in recent years, such as Michael Kidd-Gilchrist, Stanley Johnson, and Josh Jackson. Gordon may never be an elite shooter, but he doesn’t have to be. He just needs to stretch the floor well enough to force defenders to guard him on the perimeter.

Gordon can do everything else on the court well. After averaging a career high in points two seasons ago, Gordon made another important leap last season: He became a legitimate playmaker, averaging a career high in assists (3.7 per game) while barely increasing his turnovers (2.1 per game). He can clean the defensive glass and start a fast break himself, and he can pass the ball out of the pick-and-roll in the half court. According to the tracking numbers at Synergy Sports, Gordon was in the 53rd percentile of players in shots he generated for himself and his teammates…”

“Inside the Clippers’ final days with Donald Sterling as owner
‘We never played for Sterling anyway. It wasn’t like we were going out representing Sterling. We were representing our families, the city of Los Angeles and our fans.’” Marc J. Spears

Spears yet again with another fascinating, inside take.

Below is more on racist jackass Donald Sterling.

“The Donald Sterling Tapes Fundamentally Changed the NBA—And All of Sports ESPN’s Ramona Shelburne shows us the “West Coast Donald Trump” in the new 30 For 30 podcast The Sterling Affairs.“ Brady Langmann