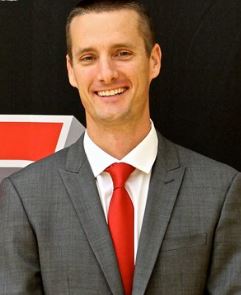 Cal State East Bay Coach Bryan Rooney has yet to receive the recognition he justly deserves. Maybe it’s due to the lack of overall publicity garnered by college basketball in the Bay Area or his not coaching at the D1 level but after ten seasons, 200 wins, seven California Pacific Conference championships and five NAIA national tournament entries during his tenure at California Maritime Academy in Vallejo and two seasons now in Hayward (initially going 10-18, 6-16 followed by 22-8, 16-6 in 2018-19), Rooney has amply demonstrated he can both turn programs around followed by maintaining success.

That 16-6 California Collegiate Athletic Conference (CCAA) earned him Coach of the Year honors and finishing 22-8 anchored his selection as National Association of Basketball Coaches (NABC) West Region Coach of the Year. It was Cal State East Bay’s first 20-win season since 1999-2000 and the Pioneers also earned a first-ever appearance in the CCAA tournament.

On the court, Rooney’s crew enjoyed an overall plus 5.5 points per game differential over opponents, shooting .445, .328 and .742 to .413, .298 and .683. Cal State East Bay also finished in front with rebounds, assists and steals as well as committing fewer turnovers.

Navarette, Wardlow and Carlisle all return for the 2019-20 season. Navarette scored 12.5 points while grabbing 6.8 rebounds a game, both team highs while Wardlow contributed 11.6 points plus 5.1 boards nightly. Carlisle posted averages of 12.2 points and 3.2 rebounds.  Both Carlisle and Wardlow were credited with 35 steals.

Juwan Anderson’s leadership at the point will be missed as he produced 12.1 points and 3.1 boards alongside a team high 121 trips to the foul line, a squad best 150 assists (versus 64 turnovers) and also 42 steals, yet another category in which he paced the Pioneers.

As newcomers to the Pioneer court, look for Loyola Marymount transfer Zafir Williams to be a major factor upfront and all-around assistance generated by Malik McCowan in the backcourt.

Rooney’s squads are also noted for their unselfish play and visible sense of team camaraderie. Sooner or later, this long-term record of Rooney-generated, well-rounded prosperity will result in his being in play for future openings at northern California D1 four-year universities. Some athletic directors in this area need to wake up.