The schedule of speakers for the Dominican Basketball Coaching Clinic on September 14th, 2019 has been released. The clinic will take place at the Conlan Center (1475 Grand Ave., San Rafael, CA 94901) located on the Dominican University campus.

*Cost of admission will be $50 for an individual

“The line-up of speakers for our clinic has had tremendous success on the court and will provide a great learning environment for coaches of all age groups,” Head Coach Booker T. Harris stated. 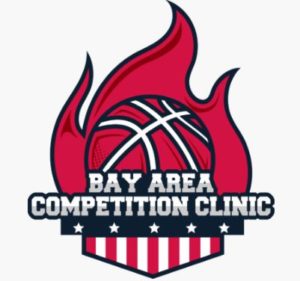 The Duplechans to Hawaii Hilo.

“Elishja Duplechan (5-11, 180) is a Sacramento, Calif. native (Sheldon HS) that began his college career at Yuba CC. At the northern California school, he was the Bay Valley Conference MVP and was a First-Team All-California JUCO pick, averaging 18.7 points a game, four rebounds and 5.2 assists. Yuba CC went 25-6 that year and reached the Elite Eight. At Sheldon HS, he was the Delta League MVP for a a team that went 30-4. At Omaha, Duplechan played in 10 games for a Mavericks team that went 21-11 and just missed post-season play by one game, falling in the championship game of the Summit League tournament.

Elishja’s twin brother Isaiah Duplechan was on the roster for two seasons at Solano College in Fairfield. He played in just two games in 2018-19 before an injury ended his season, but averaged 18.5 points and nailed 10-of-16 three point attempts (he gets that season back as a medical redshirt). As a freshman for the Falcons, the 6-foot-1, 170 pound guard averaged 13 points a contest and hit 81 percent of his free throws.”

Plus: “Anthony Haskett comes to Hilo as a three-point specialist from Diablo Valley College (Pleasant Hill, Calif.). The 5-11, 185-pound guard averaged 12.6 points for the Vikings as a sophomore, nailing 89-of-230 trey attempts (39 percent). The Walnut Creek native (Las Lomas HS) had a season-best 24 points against Skyline, drilling 6-of-11 three-pointers, and dialed in 6-of-7 three’s in notching 21 points against Sierra College. His coach at Diablo, Steve Coccimiglio, played at UH Hilo for legendary coach Jimmy Yagi.”

“Head Coach Jason Beschta on Kiree Hutchings: “Kiree may physically be our strongest guard and is one we are counting on to be in immediate impact player for us. He comes in with college experience and a strength that makes him ready to compete in the Sooner Athletic. Kiree is a tireless worker who is capable of making plays outside or at the basket. He will likely prove to be one of our toughest players and most dependable defenders as he uses both his strength and speed to frustrate opponents and set the tone for our own team. Along with his skills, Kiree will provide us with leadership that stems from his prior college experience.”

Any word on where Christian (Modesto Christian) Ellis is playing/attending after transferring as a junior from Southern Illinois University-Edwardsville?

If you know, hit me up here.

“Former NBA guard Jared Cunningham will be taking part in a free agent workout with the Rockets in Houston this week, a source said. The athletic guard played in Italy Basket Brescia Leonessa last season and last played in the NBA for the Bucks in 2016.” Marc J. Spears

Jon Rothstein: “Source: Saint Mary’s 7-3 big man Aaron Menzies has received a waiver from the NCAA for an extra year of eligibility and will be eligible for the 19-20 season. HUGE news for Randy Bennett and the Gaels”

He missed last season in Moraga with a hand injury.

Plus: “McConnell Returns to Saint Mary’s as Assistant Coach”

Related: Danny Yoshikawa is back at West Valley College.

He’s a 6-foot-4 high school shooting guard out of Riverside.

Eric Bossi: “(Coleman) Hawkins has one of the better-looking jump shots of any big man in the class of 2020 and can play as a four man or even a small ball five. He runs the floor well, has good hands and is a good passer out of the high post. He just needs strength and to continue to improve his consistency.

Recruitment: Just finished an official visit to San Diego State and saw Marquette during June. Planning trips to Illinois and USC among others.”

The 6-foot-8 Hawkins is at Prolific Prep.

“Sfairopoulos on Caloiaro: We will release him if he receives a good offer” Alessandro Maggi

CSU Bakersfield Men’s Hoops: “Congrats to former ‘Runner Shon Briggs (SB_ISO13), who will be continuing his professional career in Uruguay this season! After a great first season with Finland’s Oulun NMKY (23 ppg, 9 rpg, 3.6 apg), Shon has been signed to help out Sayago in Uruguay’s top league!”

Briggs is also out of City College San Francisco and Heritage High.

Coach Fuca is a Bay Area native having played his High School basketball at San Ramon Valley High School in Danville, CA and played collegiately at The Master’s University in Santa Clarita, CA. Coach Fuca also is the director of the Lakeshow AAU program based in the East Bay here in the Bay Area.

Coach Fuca recently served on Coach Eric Musselman’s University of Nevada Reno men’s basketball staff as a Graduate Assistant Coach. Coach Fuca comes from a family where coaching basketball is a big part of their lives. Joey’s father, Joe Fuca, helped start the Lakeshow AAU program 15 years ago, and has coached thousands of kids over the years which helped fuel Joey’s passion for coaching and mentoring.

Coach Fuca, 30 years old, takes over for Billy McKnight who served as Prolific Prep’s Head Coach the last 4 years and had amassed a record of 118-25 despite playing the toughest high school schedule in the country each and every year.

Philippe Doherty, director of Prolific Prep says this about Billy McKnight: “Billy is as good a human being as you could find and one of the most intelligent, humble, mature, and competitive young coaches in the country. Billy’s pedigree as a coach speaks for itself and Billy will soon be coaching in the NBA or back at the Division 1 level. Billy was an integral part of our program’s success the last 4 years because of his ability to recruit, coach on the floor, manage games, mentor, and deal with people. There are not many Billy McKnights out there and this next step in his coaching career as Head Coach at the United States Basketball Academy in Oregon was too good to pass up.”

Philippe Doherty states that “Coach Joey Fuca is a perfect fit for Prolific Prep because of the vision he shares and the values he believes in. Coach Joey Fuca is a worker, a coach who works tirelessly to get his players better because of his passion for skill development. Prolific Prep was founded by one of the best skill development coaches of his generation in Jeremy Russotti, and Joey shares that same vision and passion. Joey is a big believer in getting players better through skill development. Coaching is much more than X’s and O’s. Instilling confidence, mentoring, leading, supporting, communicating clearly and believing in players may be just as important these days and Joey will hit that out of the park with Prolific Prep. Our players at Prolific Prep are beyond lucky to be surrounded by so many coaches who have so many years of experience and Joey brings both the playing and coaching experience. Joey has coached at multiple levels and like most of the staff at Prolific Prep has either played or coached at the collegiate and professional levels. The level of experience and expertise Joey can add as a coach to Prolific Prep will impact the players immensely We are very happy that we found somebody of such quality and who takes over for Coach McKnight who was instrumental in ascending the program to its current national profile.”

Coach Fuca will have Top 20 Seniors (2020) 6’6 Combo Guard Jalen Green and 6’4 Combo Combo Guard Nimari Burnett in his backcourt, both of whom are coming off gigantic summers, both having won Gold Medals with Team USA. Nimari at the 18U 3×3 World Championships and Jalen as the youngest member of the 17U World Championship team. Both led Team WhyNot AAU team in the NIKE EYBL to the Peach Jam championship game where they lost in overtime to Mokan Elite.

Prolific Prep will once again play what most consider the toughest high school schedule in the country with games scheduled in Hoop Hall West, Hoop Hall East, Marshall County Hoopfest, Chick Fil-A Classic, Mustang Madness, Flyin’ to the Hoop, Crush in the Valley, Thanksgiving Hoopfest and other major tournaments.

MaxPreps currently has Prolific Prep ranked in their Top 5 in their Way Too Early Top 25 rankings.

Dell Demps who has served as an NBA GM for The Spurs & Pelicans says this about Joey Fuca: “Joey naturally brings the passion, energy and hard-work, but when you add his preparation, intelligence and most importantly that he is a good person….. you have something special. Joey is going to do a great job at Prolific Prep.”

Phil Handy, current Los Angeles Lakers Assistant Coach says this about Joey Fuca: “Joey is a rising star in the coaching business. He’s passionate about the game and truly cares about his players on and off the court. He will do a GREAT job at Prolific Prep!”

Joey Fuca mentions this about being hired as Prolific Prep of Napa Christian’s Head Coach: “I’m very grateful and honored to be considered for this position. Jeremy, Philippe & Billy have done a fantastic job bringing Prolific Prep to the national level. I look
forward to continuing its success on and off the floor!”

Joey is currently married to Kelly Fuca and they have a two year old son named JJ.”