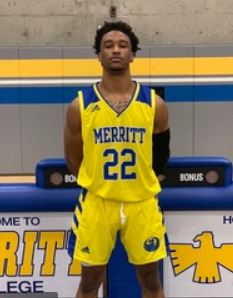 If time travel existed, what a sight it would be to witness Jamoni Barber and the Biblical character Job swap stories of woe and perseverance although the former’s topsy-turvy experiences were not inflicted by any personification of evil while he attended various East Bay community colleges in the ultimate pursuit of a college basketball scholarship.

Irony abounds because, according to Barber, “I didn’t talk to any JUCOs coming out of high school.” Upon graduating from Castro Valley High in 2013, he was set to attend Sacramento State and hoop as a walk-on. But family issues intervened and Barber subsequently enrolled at San Joaquin Delta College (SJDC) in Stockton. That move also “didn’t work out because I had to help take care of my grandfather” who resided in the Bay Area.

Settling in closer to home, Barber enrolled at College of Alameda (CoA) only to fracture his thumb in the first semester. of the 2014-15 season. “I tried to play through it but a doctor confirmed my injury and I stopped.”

At this point, Barber was at his nadir. “I almost stopped playing basketball, thinking that maybe it was meant for me not to hoop and that I should focus on something other than ball.” He went to work at the Nike outlet in San Leandro.

But the lure of the roundball is a persistent siren song, one not easily ignored.  Barber then signed up to play at West Valley College in Saratoga. “But I left West Valley after a few semesters because I wanted to play but couldn’t get on the floor” due to eligibility issues emanating from his earlier tenures at SJDC and CoA.

Eventually he began talking with the interim coach at Chabot College. “I came up there and worked out and he was interested in having me play there.” But a pair of poor seasons resulted in the coach being let go before Barber could play in Hayward.

Almost on a lark “I emailed the AD at Merritt (College) and he emailed me back” as Merritt was in the process of hiring a men’s basketball coach. “I had a grandfather who lives near Merritt and I figured I could get an A.A. even without playing.” Derrick Jones, the longtime Diablo Valley College associate head coach, was named to the position in early August 2018 and Barber reached out to let Jones know “I would love to come and play for you.” 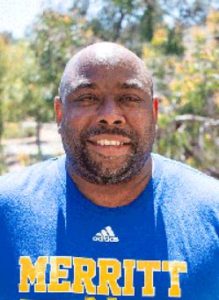 “He let me know that tryouts were being held on August 23 and 1:30 p.m,” two weeks hence. On what proved to be a fateful day, “I found myself sitting outside the gym, not sure about going in.” Barber eventually did enter alongside about 19 others. “I played well, I must have gotten hot.”

He made the team and prospered—”I worked my way out of the redshirt group.” So much so, Barber averaged 10.6 points, 3.3 rebounds and 2.3 assists while shooting 41%, 35% and 79% respectively as a 5-foot-11 sophomore for the Thunderbirds. Merritt finished 11-5 in Bay Valley Conference action, 17-12 overall.

Barber also posted 3.6 and 3.5 grade point averages during his time in the Oakland Hills. The result? “I had some initial D3 and NAIA offers” and he decided on the University of St. Katherine, an NAIA school down in southern California.

However, Barber was left unaffiliated when that offer was later pulled over some confusion regarding a social media post. The timing was disastrous with it being so was late in the recruiting period.

Then, “My godmother, who is a D1`coach at Niagara, reached out to (Post University, a D2 school) Coach (Mark) Kuntz and he offered. I arrived (in Waterbury, Connecticut) three or four days before school began.”

What will Barber bring to the Eagles? “I’m a pretty good defender, a good floor spacer and I make plays for my teammates.” A psychology major, he’ll be a combo guard. “I’d like to go into coaching because I want to connect with my players on a different level.”

No, Barber didn’t suffer sores from head to toe, lose his donkeys, camels, sheep and oxen or suffer multiple close family losses. But he easily could have surrendered to his own lengthy adversities. Instead he dug in, tenaciously battled and now he’s on scholarship, playing four-year basketball and working towards a college degree.