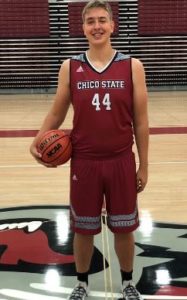 6-foot-10, 245 Isaiah Holm has committed to Chico State. He is a 2020 talent at St. John Bosco High in southern California. Holm is also aces in the classroom.

From a 2018 article: “Holm had some of the best hands, touch and traditional post footwork in the gym. The 6-foot-8 forward/center caught every pass — good or bad — thrown his way and showed the dexterity and coordination to gather himself, get on balance and finish in the paint. When Holm did get a touch on the block, he showed drop step and finish ability to either hand.” 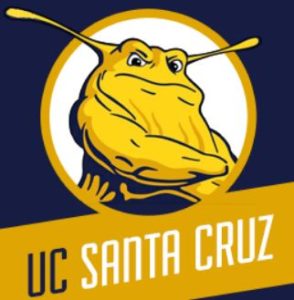 Coach Laird: “Another SacHornetsMBB alum heading overseas to pursue his professional dreams. Congrats to Eric Stuteville on signing with the Mechelen Kangoeroes”

The 6-foot-11 Stuteville is also out of Casa Roble High.

Frankie Ferrari is out with a broken hand.

Gerry Freitas: “Nor Cal Fall Juco Jamboree: San Francisco City 60, Fullerton 46. San Francisco IS the best team in the event (by far). Pretty much in a class by themselves. Excellent personnel and deep with all the ingredients…”

In four games this weekend:

Celestine is a 6-foot-5 shooting guard with 12 others offers primarily from mid-level schools in the Northeast.

Cobb is a 6-foot-7 sophomore at College of the Sequoias.

San Joaquin Delta College begins roll out of its 2019-20 roster:

“Welcome to the family 6”8 Dillon Autrey! Dillon averaged 20 points and 10 rebounds a game for Calaveras High. Dillon was also the MVP back to back years in the Mother Lode League.”