Nate Robinson to the Evergreen State | Nor Cal Basketball 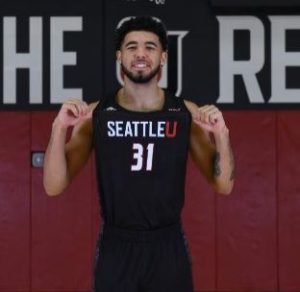 Big or small, it matters not at all to Nate Robinson. Whether it be 11,000 people or 725,000 (actually 3.95 million if the surrounding area is counted), the  southeast corner of a rural state or the metropolitan northwest of the Evergreen State, the 6-foot-4 Robinson simply wants to be a factor on the court and contribute to winning.

After departing Las Lomas High in 2018 (he spent three prior seasons at Sacred Heart Cathedral) for the University of South Dakota, located in little Vermillion, the eleventh largest town in the Mount Rushmore State, Robinson participated in 18 games as a freshman.

Robinson then decided to return to the densely populated Bay Area, City College of San Francisco in particular, for his sophomore year and early this season landed a scholarship with Seattle University (SU), a school surrounded by an enormous and still burgeoning high technology sector.

Among the many reasons for his inking with the Redhawks includes his relationships with Seattle Coach Jim Hayford and Associate Head Coach Alex Pribble, with the latter well-known in the Bay Area for playing at Drake High and then California and also coaching at Tamalpais High and San Francisco State. Plus, “Seattle reminded me of San Francisco and I liked the vibe up there.” Robinson officially visited on the weekend of November 9-10. Met at the airport, he received tours of the campus and playing facility and “they showed me around Seattle, too.” Sophomore swingman Riley Grigsby, out of Archbishop Mitty, was Robinson’s player host. He will be a business major at SU.

Asked to detail what he’ll be bringing north, Robinson offered, “defense and shooting. I pride myself on defense and want to earn Defensive Player of the Year honors (in the Western Athletic Conference). I always want to guard the best player on the opposing team.” That dedication and focus is music to the ears of any basketball coach.

Now a veteran of the recruiting process, Robinson offered this advice to others approaching the system: “choose a program where the coaching staff loves and respects you and a program where you can become the best player you can be. Don’t decide because of how the locker room looks or the gear you can get.” 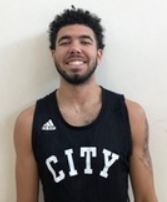 But first comes this season with Coach Justin Labagh’s CCSF squad. Off to a 6-0 start, the Rams are averaging 91.0 points, 43.5 rebounds and 19.2 assists alongside 14.8 steals and 6.0 blocked shots per game. A recent video displayed the talented Rams selflessly zipping the ball around the court in search of the best shot. “We play selflessly, there are no egos on the team,” Robinson said. “Our guys know how to play without the ball.”