The Road for Rajkovic 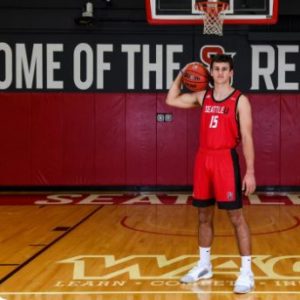 Like all high school players across the country, Viktor Rajkovic’s hoops dream was to play D1 coming out of The Branson School in 2019. That step didn’t immediately materialize but a dash of patience, continued work in the gym plus a steadfast belief in himself all proved to be on the mark. Five months after graduation and still in 2019, he is headed on a basketball scholarship to Seattle University, a member of the Western Athletic Conference.

Both the San Francisco Chronicle’s 2019 Boys All-Metro Player of the Year and the Marin Independent Journal’s 2019 Player of the Year as a senior, Rajkovic received offers but none convinced him to sign. He then joined the Napa area-based Golden State Prep program. “It’s a post grad travel team,” according to Rajkovic. Primarily designed to improve skill levels, the squad practices daily and plays against other top teams around the country.

Plus, not that he needed to do so because of already succeeding in Branson’s rigorous academics, Rajkovic also enrolled in two classes at Napa Valley College in order to maintain his strong study habits.

“They got in touch early this fall. I knew Coach (Alex) Pribble from his time at St. Martin’s (currently an Associate Head Coach to Jim Hayford at Seattle, Pribble developed the DII St. Martin’s program into a powerhouse during his four-year tenure before coming to the Emerald City). He grew up in the same area as me and went to a high school 10 minutes from mine (Pribble played and coached in the Bay Area before heading north). He is an amazing coach and I immediately had a great relationship with him.” 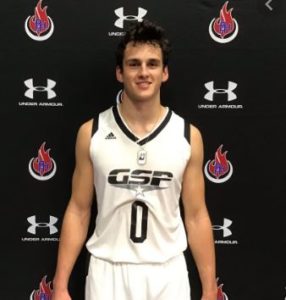 I first met Coach Hayford when he came down to see me at Golden State Prep with Coach Pribble. They also did an in-home visit. I went on my official visit in the beginning of November.”

There is a small chance Rajkovic could make his move to the Evergreen State in the spring but it’s more likely he’ll go north during the summer.

What Seattle fans will see

“I’m an all-around player who can bring the ball up, get to the basket, step out and shoot, and create for my teammates. I can play multiple positions offensively and guard multiple positions defensively. I was lucky to have one of the best coaches around in high school (the esteemed Jonas Honick). He helped me make tremendous strides in my game every year. The coaching staff at Seattle said they will let me be who I am offensively, but definitely emphasized growing into an elite shooter. I think they see me for who I am as a basketball player and person, which is important. I work very, very hard and that often rubs off on my teammates. I’m also a very friendly guy. My goal is to become an elite shooter from three and work on my all-around quickness.”

His major? “Computer science, with a business portion to it.” 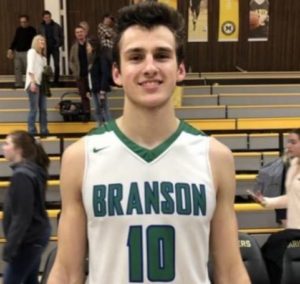 The type of person who remains grateful to all those who have aided him in his basketball journey, Rajkovic offered thanks to “my parents, my brothers, my high school coaches Jonas Honick and Stevie Johnson and teammates, (the former Branson Director of Athletics) Anthony Thomas, Rick and Brock Winter plus Doug Donnellan of the North Bay Basketball Academy, Lakeshow Coach Joey Fuca, Philippe Doherty, and my coaches at Golden State Prep.”