Damian Lillard with “Loyalty Over Everything”

Joy and inspiration emanate from this superb article. 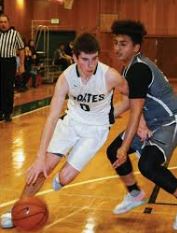 John Devine: “Stevenson senior guard Luke Driscoll has signed to play basketball at Baldwin Wallace University, who is ranked No. 23 in the nation in Division III”

Chuck Hayes Hoops: “Although we didn’t have a 17u team this last summer, we want to give a huge congrats to former CHB player and @LakeshowAAU G Mike Pearson on receiving an offer from @UCSDmbb who will be moving to the Division 1 level next year. Couldn’t be happier for this young man!” 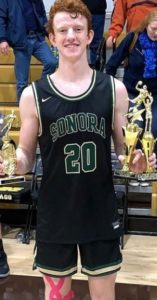 Ryan Silver: “Congrats to 2021 Austin Patterson Sonora (High) on winning Stagg tournament. Patterson 28 points and 9 assists in the ship. Patterson beat the overall scoring record for the tournament and was named MVP. Will be another WCE UA guy putting up monstrous numbers in college very soon.”

“…Last week, in three games at the NorCal Tip-Off Tournament in Rocklin, (Cole) Anderson stole the show and earned the tourney’s MVP honor after leading the Golden Eagles to the tournament title.

The 6-foot-4 junior point guard started with 31 points in a 91-31 win over Laguna Creek, 36 points against Liberty of Brentwood and a 95-70 victory, 30 points against host Rocklin in a 79-71 win, and in the championship game 65-60 victory over St. Francis of Sacramento Anderson had 21 points.

Those performances were exceptional but his best outing of the season for the 5-1 Golden Eagles came in the team’s only loss two weeks ago at the NorCal Tip-Off Classic at James Logan. Not only did we get to see him in action but we as the PA for the event announced every one of his baskets and 12-for-12 from the free-throw line when he went for 38 points in a 67-62 loss to Cal-Hi Sports No. 4 Windward of Los Angeles…”

From Ian Ross’ Marin Preps of the Week:

“Lukas Prongos, Branson basketball
Prongos scored 21 points in the championship game of the Piedmont tournament on Saturday night, helping the Bulls finish off a 3-0 campaign with a comeback win against the hosts. Prongos also scored 19 points in Branson’s first game at the tournament en route to being named its MVP.

Jason Carpenter, Novato basketball
Carpenter averaged 22 points over four games as the Hornets opened league play with a big win over cross-town rival San Marin then went 2-1 at their own tournament, finishing second following a loss to Piner on Saturday night. Carpenter’s best game came on Thursday, as he scored 28 points and hit seven 3-pointers in a 59-54 come-from-behind win over El Camino.” 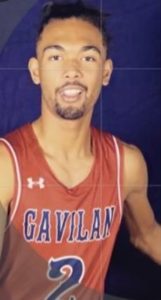 6-foot Gavilan College sophomore guard Kobe (Monterey High/Cabrillo College) Ordonio leads the state in scoring with 28.5 points game alongside 7.0 assists and 3.6 rebounds. He is shooting 46%, 39% and 71% respectively and sports 77/59 assist-to-turnover numbers with 40 steals in 11 games. 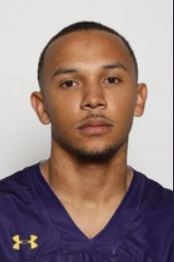 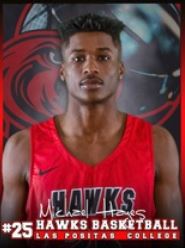 Scott Giorganni: “Dougherty Valley, on the back of Robbie Beasley’s 40 points, downs Pittsburg 76-57.”

CCSF had no trouble downing Diablo Valley College 108-72 as Miles Norris went for 26 points plus 14 boards.