Micah Elan helped drive Pomona-Pitzer to a 83-63 victory over Westcliff in non-conference action as he netted 18 points on 8-of-15 shooting from the field (53.3%) including a pair of treys. He added 10 rebounds with seven of those coming on the defensive side of the floor, notched three steals and dished out seven assists in the winning effort”

“Mitty Boys Basketball: Eyes On All The Prizes” Sportstars 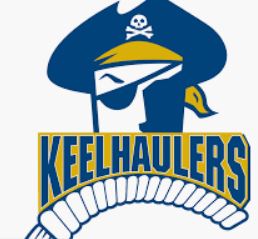 With a 9-1 record and a seven-game winning streak (and just three home games so far), Cal Maritime under Coach Brendan Rooney is looking formidable this season as . 6-foot-6 junior Zavier (Rodriguez High) Lucero is averaging a team-leading 19.8 points plus 8.9 boards, 5-foot-10 senior guard Josh Hauser is bringing 15.4 points nightly and 6-foot-8 senior Ben (City College of San Francisco) Borja 10.4 points plus 5.3 rebounds. The Mariners are out-shooting opponents 48% to 41%, 35% to 31% and 76% to 70% respectively. On the boards, Cal Maritime is winning 39 to 33 per game but currently 14 turnovers underwater, 152-166. California Pacific Conference play begins on January 4.