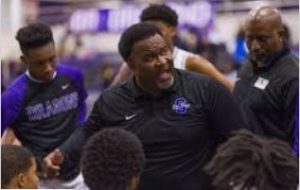 Worth noting about Earl Allen’s recent departure from Sacramento High: “…

“…Earl Allen was even more surprisingly relieved of duty shortly before the season opener, which is the life of any coach who works with year-to-year “at-will” contracts.

…Allen was stunned, and still is. He said after his dismissal, “I am completely devastated. I’ve given half my life to that place. I can tell you this: I did and have done absolutely nothing (wrong) and have never been disciplined my whole tenure there.”

5-foot-11 junior Darne (St. Joseph Notre Dame) Duckett is averaging 17.5 points and 4.3 rebounds per game playing in six games and 28.5 minutes per contest for Whitman College. Duckett is shooting 39%, 31% and 75% (a very solid 43 free throw attempts) respectively and lead the Blues with 21 assists.

Josh (River Valley High/Yuba College) Dhatt averaged 16 points, 3.5 rebounds and two assists off the bench in two Pioneer victories last week. The Yuba City, Calif., native scored 18 points on 8-of-12 shooting in Saturday’s home win over Humboldt State, and knocked down 8-of-11 free-throw attempts en route to 14 points with four rebounds in Thursday’s victory against Cal State San Bernardino. The junior has scored in double figures in four of the Pioneers’ last five contests overall, and is a big reason CSUEB stands alone in first place in the conference standings.

A 41-28 second half powered visiting UC Riverside to an 80-65 victory over San Jose State University. Two worthy notes: SJSU also interviewed David Patrick, the first year UC Riverside head coach, in the process of hiring Jean Prioleau. the third-year Spartan mentor and 2) 6-foot-9 Arinze Chidom, the Washington State transfer out of Bishop O’Dowd, led the Highlanders in this game with 17 points and also grabbed eight boards. He wasn’t pursued by the Spartans after he announced his WSU departure.