Hood Primed to Return to D1 | Nor Cal Basketball 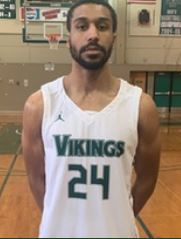 Too many fans carry the opinion that a teenage basketball player’s decision to transfer is a sign of personal weakness and such a move will forever condemn him to a future of anonymity in the backwaters of college hoops. Well it ain’t necessarily so is our mild rebuke to this line of thinking.

For multiple reasons, Bentley High graduate Isaih (Bentley School) Hood left Prairie View A&M in late 2017 after participating in eight games and, lo and behold, no space on his body is imprinted with a scarlet T because of his freshman move. In fact, the likelihood is he’ll end up heading back to Division One at a higher level league than the Southwestern Athletic Conference.

Now a redshirt sophomore at Diablo Valley College (DVC) under Coach Steve Coccimiglio, the 6-foot-4 Hood is averaging a tops-on-the-team 18.7 points (an efficient 13 shot attempts nightly) plus a team-leading 8.5 rebounds and 3.3 assists (second on the squad) while shooting 55%, 40% and 63% respectively. His offensive production is also occurring while being the primary target of opposing defenses. 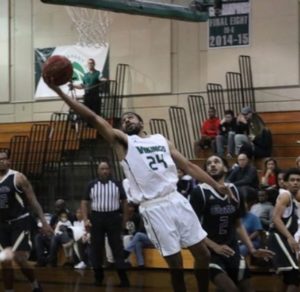 About his time at Prairie View, Hood said, “it was amazing when I first visited the campus. The coaches and other players were nice. I liked the environment. But it was a struggle being a freshman. I had no family there and I wasn’t mature enough.”

So he returned to the Bay Area to re-assess.

Some personal background is critical. A longtime Oakland resident, Hood endured multiple calamities while growing up. “I was living with my mother but she died and we went to live with my grandmother, and then she died. I tried living with a friend but that didn’t work out.” He desperately needed a respite from his adversities and finally received one. “A generous family adopted me and raised me as one of their own.” That involved moving to Danville as a sophomore and attending Bentley School in Lafayette.

Hood sees his stint in Texas as a positive. “I have experience playing at the D1 level against high level elite athletes and that showed me what was necessary to play D1. (Since then) my basketball knowledge has increased and my body is better.” He also has gained by playing in Coccimiglio’s offensive schemes. “We have a couple of sets with several different options. It takes reading what the defenses are doing. We’re pretty fluid here and I can play anywhere from the one and the four spots.” 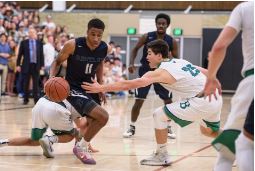 Asked about his best skills, Hood offered, “my defense. I’ve taken pride in my defense since I was young.” He is averaging just 1.7 fouls per game at DVC despite his efforts in checking opposing players. “I feel I’m a pretty good passer and I anticipate well, seeing things before they happen. I’m best as a spot-up shooter but I want to develop my jump shot more.”

A business major at Prairie View A&M, Hood said, “I want to come back to that” when he returns to the four-year level. He has no geographical preference regarding recruiting.

Diablo Valley College is currently 7-5, a positive 5-1 at home, with Big Eight Conference play looming. Earlier, Hood shot 7-11 against City College San Francisco and 6-11 against Columbia College, the top two current Nor Cal programs. He also posted a game high of 30 points in a matchup with Ohlone College and 22 versus College of the Sequoias.

Can we all agree that this is a young man to root for?