Pridgett is in the lead for Big Sky Conference Most Valuable Player honors.

He’s 6-foot-7 and was formerly at Cuesta College. 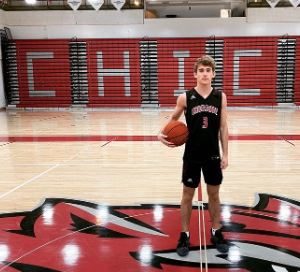 Oliver is a 6-foot 2020 talent out of Riverside. He is averaging 18 points per game.

Micah Elan helped lead Pomona-Pitzer to a 2-0 week that featured an 88-63 victory over La Verne, and an 86-74 win over Redlands. He averaged 25.5 points per game including 32 against the Bulldogs, shooting 51.7% from teh field and 63.6% from three-point range on the week. He was also 7-of-8 from the free throw line in addition to collecting nine rebounds, dishing out seven assists, notching two steals and blocking a shot.”

Scroll down a bit for the article.

Skyline Basketball: “Really PROUD of our players’ continued success in the classroom. Finished the semester with a Team GPA of 3.54! @truestudentathletes” 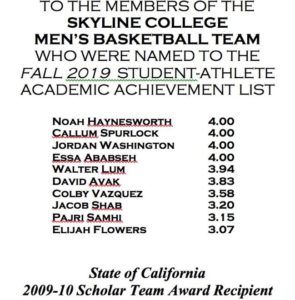 6-foot-9 Phil (Franklin High/Western Nebraska) Fayne graduated from Illinois State in 2019 and is playing in Argentina and averaging 9.2 points plus 4.9 boards in 23 minutes a contest. He is shooting 57% from the floor and 42% at the foul line.

In five games/91 minutes thus far At Idaho State this season for 7-foot sophomore Jack (Serra High/Oregon State) Wilson, he is averaging 6.4 points plus 4.8 rebound while shooting 14-28 overall and 4-5 from the charity stripe. Wilson became eligible this month.