Sacramento State fell 70-66 to Weber State but Josh (Sierra High) Patton just missed a double-double with 16 points and nine boards for the Hornets. 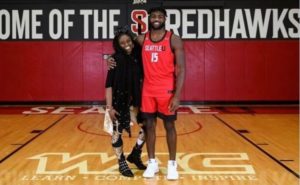 CCSF Men’s Basketball: “Congrats to Emeka Udenyi on his commitment to Seattle U this past weekend”

Kobe Ordonio: “After speaking with Coach Dunham I’m blessed to have received an offer from Western Washington University”

The 6-foot-7 senior is out of Oakland Tech.

Micah Elan helped Pomona-Pitzer stake a 109-83 victory over La Verne, and a 75-63 win over Chapman in a 2-0 SCIAC week for the Sagehens. Elan averaged 36 points per game netting 41 in the win against the Leopards and 31 in the win over the Panthers. He shot 61% from the field, 53.3% from three-point land, and 93.3% from the free throw line. He also collected eight boards, dished out seven assists, and recorded a steal during the week.

“…Obviously the RMU coaching staff thought Bramah had promise… but this? He’s averaging 16.3 points, 10.3 boards and 2.0 assists per game in conference play…”

Dallas Jensen: “On an 18-4 team (including 7-1 in CVC play), 6’5” FR swingman Ryan Johnson is putting up some incredible conference numbers:

He is tough and flat out competes!”

“Working out with Kobe and Gianna
Lakers assistant coach Phil Handy shares his memories of the Bryants” Phil Handy with Marc J. Spears

“East LA Edges Closer to Santiago Canyon in the Race for No. 2”

In 18 games/four starts and 8.3 minutes an outing, 6-foot-2 sophomore guard Logan (St. Francis/Cincinnati) Johnson is averaging 1.7 points per contest while shooting 33%, 27% and 79% respectively. He has 11 assists to eight turnovers. Backcourters Jordan Ford and Tanner Krebs have been Moraga mainstays with fellow guard Tommy Kuhse also appearing in 23 games with 15 starts and averaging 27 minutes of court time. The Gaels need firepower on the court this season which isn’t Johnson’s foremost strength.

6-foot-4 sophomore guard Jake (Bellarmine Prep) Wojcik is averaging 3.6 points alongside 1.9 rebounds while shooting 49%, 41% and 88% respectively. He has participated in 22 games at just under 13 minutes an outing.