Dylan Belquist back to northern California (Apr 28, 2020) | Nor Cal Basketball 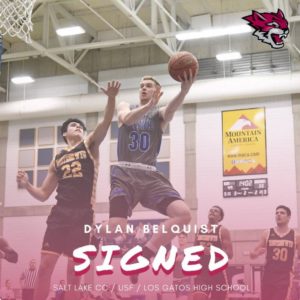 Out of Los Gatos High and with a redshirt season at USF followed by a year at Salt Lake Community College, 6-foot-7 Dylan Belquist is now moving on to Chico State.

Here’s our 2017 feature on Belquist’s commit to San Francisco.

Plus, video from this season: