There are currently four openings for men’s college basketball head coach in northern California. Two appeared this month, two back in early March.

Why the Humboldt State University (HSU) vacancy hasn’t been filled is a mystery, and harmful to the competitiveness of the program. Is there an issue with having to post the opening for a certain number of days or possibly another legal requirement that has delayed the naming of a new head coach?

This is listed in the official job posting: “…12-month full-time temporary position as Head Coach of Men’s Basketball . This is an annual appointment. Subsequent reappointment is contingent upon successful performance evaluation. The institution desires the candidate to begin on or before June 1, 2020…”

Steve Kinder, whose tenure as assistant and head coach in Eureka lasted for 32 years, left the position in early March. He posted an overall record of 161-128. But Humboldt recently hired Jane Teixeira as its new Lumberjack athletic director and, HSU, a member of the DII California Collegiate Athletic Association (CCCAA), finished 5-17, 9-18 this season.

What the program needs is a greater emphasis on northern California recruiting, especially out of the Sacramento metro area and the Bay Area. Just two players on the current Lumberjack roster come from those geographical areas. By contrast, the Chico State roster features nine such talents.

The University of Montana has a host of assistants with northern California connections as does Chico State. Plus, the Sacramento State staff, Coach Ryan Bisio of College of the Redwoods as well as some of the proprietors of various top northern Californian AAU teams should be receiving long looks. But the HSU administration needs to make a decision now or the 2020-21 season will be a wasted year.

Also in early March, Omar Sanchez left the head coach position at Holy Names University (HNU) in Oakland. He spent seven years running the program and eight as an assistant.

The Hawks, members of the DII PacWest Conference, finished at 6-16 and 8-20 with a seven-game season-ending loss streak. A look at the current roster details the need for a recruiting upgrade, something typical for northern California members, as the top six conference finishers this season were based either in southern California or Hawaii.

This is a tough position in which to be successful on the court. Again, someone with northern California recruiting connections would really be a plus from the get-go. 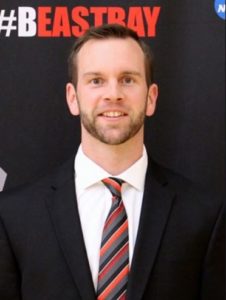 UPDATE HNU athletics: “HNU Athletics announces the hiring of Daniel Eberhardt to serve as head coach for the @HolyNamesUniv”

Here is Eberhardt’s Cal State East Bay bio and a hearty congratulations to him.

With longtime mentor Pat Fuscaldo retiring this month, Sonoma State will start anew after a 4-18, 5-22 CCCAA season but with 339 victories achieved during his tenure with the Seawolves.

So will former longtime assistant and associate head coach Rich Shayewitz return to the men’s program (he has operated the Sonoma’s women’s program for the last three seasons)?

To become more successful, the Seawolves must become more of a destination for northern California talents. Which coach with those connections would be the best fit here? 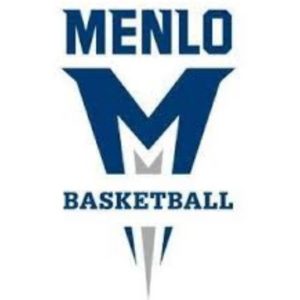 Kaniela Aiona moved from five seasons of running the Menlo College program to Hawaii-Hilo in early May, taking his Oaks from a 3-23 record just prior to his arrival to 19-8 overall, 13-5 in his final season, including earning an invite to the national tournament. He posted a 52-23 record in the last three years. Members of the NAIA Golden State Athletic Conference, Menlo finished first in the NAIA this season in three-point shooting percentage at 429 and buried 10.7 treys per game. He’s a native of Hawaii.

Menlo is graduating its second and third-leading scorers, an indication that reinforcements will be needed.

But Aiona proved this program can be a successful one and a majority of his roster this season possessed northern California connections.

There will be greater pressure here due to Aiona’s success.