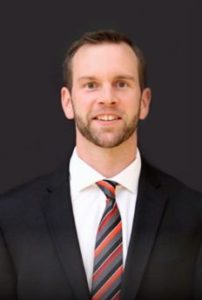 It’s often intriguing to learn how someone discovers their calling. Unlike some, Daniel Eberhardt wasn’t necessarily headed to the college basketball coaching ranks since his time as a diaper dandy but his association with hoops mentors at multiple levels ignited a spark and now he is the Holy Names University head coach.

“I had an idea in high school but it became more clear to me as I started playing in junior college. I was mentored by a lot of the coaches I played for, Burnell Pinkerton, Doug Weber, and Bryan Rooney. Steve Williams allowed me to be a coach at Sly Park basketball although I was still old enough to be in camp. I was definitely much more of a distraction but he saw something in me that I had yet seen in myself.” Eberhardt played for and then began coaching with Rooney for two years at Cal Maritime, followed by assisting Gus Argenal at Cal State East Bay.

Of his initial leap into the coaching profession (at Cal Maritime), “it was an opportunity to be part of a winning program and culture and I wanted to be part of that.” He continued, “Coach Rooney is a flat-out winner. There are so many things that I have learned from him but the first that comes to mind is that he lives what he talks about. He consistently gives his all and cares for others.”

Eberhardt has high praise for each of his head coaches –“my connections with other coaches are my best relationships outside of my family, I’ve met some special people” — and especially so in Rooney’s case. As Eberhardt explained in an August 2016 interview, “Coach Rooney was huge for me and he has a lot of qualities I wanted to emulate. He’s extremely humble and the best at getting buy-in [from players]. I thought if I could have the impact like he has had on influencing college kids, then that would be a worthwhile career.”

Eberhardt just finished a stint as Cal State East Bay Associate Head Coach. “I had such a special time at Cal State East Bay. Coach Argenal gave me an opportunity, stuck with me and pushed me as I developed. He has a special ability to draw the best qualities out of people.”

On his time at East Bay “I have been impacted by so many players and coaches that have shaped me into the man and coach I am now. My most treasured memories will be those with the players and being able to be a part of their collegiate journeys.”

So how will he mold the Holy Names program?

“I have to be authentic to myself and to what I’ve seen work. First off, we want guys who are excited about the opportunity to get their education and be a part of our program. This will be a program of enthusiasm, daily competition, and togetherness. Not every day is going to be perfect and we look forward to those moments of growth that move the program along in a positive direction.”

“I see it as a unique time in the lives of these student athletes, the chance to join something that is bigger than themselves.”

With recruiting the lifeblood of all hoops programs, Eberhardt offered, “in addition to our returnees, we have added some guys who are about competing and valuing their teammates. I am fired up to collectively build this program with our players and coaches.”

What will be his method of operation with both holdovers and newcomers?

“Being honest, transparent and explaining what our expectations are for them as students, athletes and members of our community.”

“I am so blessed for the support my family has given me during my journey, I would not be here without them. It has been humbling to experience the support I have received within our athletic department and also the coaching community. Our administration has gone above and beyond to get me acclimated to our policies and procedures so I can better serve our student-athletes. So many coaches have shared their experiences and beliefs with me during this time and that has helped me organize my vision and plan for positively impacting the lives of student-athletes. It’s a special community to be a part of.”