Now there is an opening at Cal Maritime.

Jason Greenfield is the new head coach at St. Ignatius.

Why weren’t the McClanahans D1-offered coming out of Salesian Prep? Did their respective skill sets improve that much in 12 months? Was greater exposure the key factor? A combination?

By the way, JoVon McClanahan was just named Athletic Director Student Athlete of the Year at Sheridan College.

Adam Orr: “After a long journey of ups and downs I’m excited to announce that I will be continuing my academic and basketball career at Menlo College!”

Out of Ponderosa High, Metro State and Cosumnes River College, the 6-foot-5 Orr averaged 12.5 points per game for the latter this season. 227 of his 279 shot attempts were three-pointers and he was good on 40% of those tries. Orr has three years of eligibility remaining.

“Role With It | A #NeverStop Tale Of Pain, Perseverance & Payoff” Emannuel Callas

“Represents Mexico, the NBA, and Hope for the Bay Area  An Afro-Mexicano from East Oakland forges a new direction in the League, and shows up where it counts” Alan Chazaro 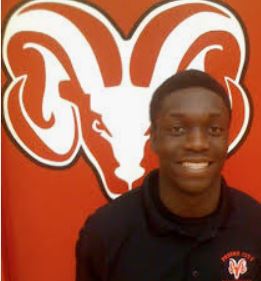 Nicholas Podesta: “Fresno City Men’s Basketball mourns the tragic loss of former Ram Felix Mapanda. We extend our deepest sympathies to his family and friends, as well as his former teammates. Rest In Peace.”