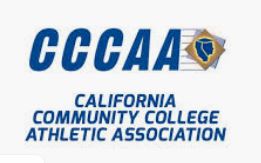 Here are the Nor Cal All State JUCO honorees and their new college addresses. A few are still in process.

Norris transferred in from Oregon, spent a season at City College San Francisco and is headed to D1 UC Santa Barbara.

Hayes has yet to make his decision.

6-foot-5 Ryan Johnson of College of the Sequoias, is a freshman and will be inundated with offers next season.

6-foot-4 Thomas Nelson of College of the Redwoods just inked with D2 Flagler College in Florida.

6-foot-2 Cornell Greenwood of Yuba College, the Most Valuable Player of the Bay Valley Conference, is still unsigned.

The same for 6-foot-2 freshman Ben Baker of West Valley College, the Coast South Most Valuable Player, but he is a freshman.

Thus far, two of the above talents have landed D1 scholarships. In comparison, one (Skylar Chavez) did so in 2018-19 while three (Terrell Brown, Anand Hundal and Eddie Stansberry went D1 in the 2017-18 class. It was Zach Copeland, Stokley Chaffee and Anthony Smith for the 2016-17 period and just Jalen Canty in 2015-16.

At least theoretically, these All-Staters are the top players in northern California yet very few have nabbed a D1 scholarship. As the song goes, it don’t come easy.

Plus, landing spots for out-of-state and southern California JC talents originating from Nor Cal:

5-foot-10 JoVon McClanahan of Sheridan College (WY) will next be at D1 Hawaii.