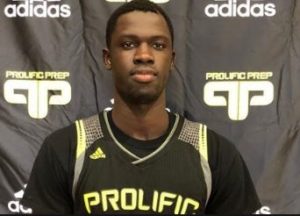 He’s a native of Senegal. 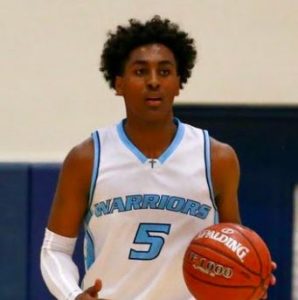 “Blessed to receive my second offer from Pacific University…”

Bobi Klintman has been offered by USF. He’s 6-foot-7 and out of Sweden.

Takai Emerson-Hardy: “Blessed and grateful to receive my 4th offer from Cal Poly!”

AMHS Men’s Basketball: “Congrats to Monarch Nigel Burris on receiving an offer today from @PeppBasketball Great player with incredible work ethic who continues to get better.”

6-foot-1 Trey (Cabrillo College/Harbor High) Whitley is entering his senior season at Black Hills State University. He averaged 14.9 points on 49%, 37% and 88% shooting respectively as a junior.

“The Sunday Showcase, hosted by College Prep Academy on Oct 11th, 2020, featured some of the top players in Northern California…”

Transferring from Solano College, Jordan Adams comes to the Warriors having led the Bay Valley Conference last season in 3-point shooting at 54.7-percent. Adams was named to the Bay Valley All-Conference team. At the high school level, Adams was a three-time All-League player at Vacaville High School.

Adams, a 6-2 guard, comes to Jessup to study Biology with career plans of becoming a doctor. In his spare time, Adams enjoys playing both video and board games, he is also passionate about cooking. Key reasoning in choosing Jessup was in large part to Adams’ goals aligning with that of the coaching staff.

With hopes of one day being a basketball coach himself, Hansen will study Liberal Studies while attending Jessup. Hansen is into gaming and collecting sneakers. His reasoning towards coming to Jessup was to further his knowledge and relationship with the Lord.

Choosing to study Business, Flores has the career plan of one day becoming a CEO. In spare time, Flores is into cars and spending time with friends. The opportunity to play basketball while earning his degree and bettering his relationship with God are the reasons behind Flores’ choice of Jessup.

A graduate of Antelope High School in Sacramento, guard Jaden Henderson was named team MVP and First Team All-Conference during his high school career. Standing at 6-3, Henderson served as a team captain in his two-year varsity tenure with the Titans.

Henderson will study Business, hoping to either become a firefighter or a youth pastor one day. With hobbies of reading the Bible, spending time with friends, and helping his community, Henderson chose Jessup to further his faith and become a better basketball player.

Entering with a major in Biblical Studies, Strijaous hopes to use his time here at Jessup to one day become a pastor. Tim is passionate about Bible study and chose to study at Jessup to be closer to God.”

It’s more than a jab step, more a misdirection, and actually lifesaving.

A cross-over move that would make even @alleniverson jealous 🏀 pic.twitter.com/1fHqE0PIbD