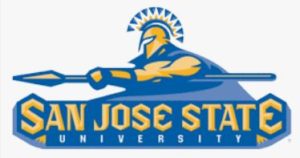 Okay, the San Jose State University (SJSU) 2020-21 season concluded with a 111-80 loss to Wyoming in the first round of the Mountain West Conference (MWC) tournament. Victories came against Fresno Pacific and Benedictine in non-league play plus a pair of successes against Air Force and one versus New Mexico, the two teams that finished below the Spartans in league.

It’s seems a near impossible task to determine must-have hiring prerequisites for whoever becomes the new San Jose State University head coach as none of the hires throughout the past decades have been successful, but hope springs eternal.

We’ll lead with this statement about a different program from a recent Adam Zagoria tweet but one applicable to SJSU hoops: “If Fordham continues to hire traditionally, then they’re going to traditionally suck,” one local coach said.”

Strong words, yes. But the Spartan hiring authorities need to at least attempt something different, not for the sake of being different but due to the need to overcome the multiple factors that have kept the program mired in mediocrity (or worse) for seemingly forever.

A new hire should exhibit successful experience with at least a majority of these “commandments” or the result will again be more of the same old, same old.

File this under who comes most prepared should receive extra consideration. When Rick Croy interviewed at SJSU a couple of coaching openings ago, he distributed a 20-page outline of his coaching strengths and accomplishments that also included endorsements/references from a who’s who of Bay Area basketball figures and pages detailing his plans for student development, personal development, recruiting, leadership, coaching, fundraising and community/campus relations.