James Giacomazzi on the SJSU opening | Nor Cal Basketball 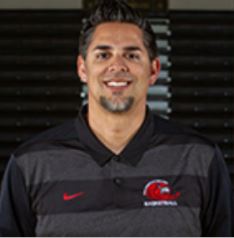 Las Positas Athletic Director and Men’s Basketball Coach James Giacomazzi has gleaned valuable insight into the San Jose State University (SJSU) hoops program initially from his days living on the Spartan campus while playing for two years at San Jose City College (SJCC). He followed that stint by assisting Coach Percy Carr at SJCC for seven seasons after being honored as an All Conference player as a senior at UC Riverside. Giacomazzi also received his Master’s degree in Kinesiology from SJSU.

“I was recruited out of high school (Washington High in Fremont) to San Jose State by Stan Morrison,” said the 6-foot-8 Giacomazzi. But a reduction in scholarships left him out in the cold so he decided to attend San Jose City College. In a strange turn of events, “I lived at San Jose State as did many of my teammates” because the school wanted to fill the dorms. “So I got to know a lot of the (Spartan basketball) players.”

One element Giacomazzi learned about was confounding. Yes, a new multi-functional arena and entertainment Event Center was finally present on campus but the basketball program couldn’t practice in it. “They couldn’t get in there, it was like athletics was last.” Instead basketball practice was relegated to unattractive facilities elsewhere on campus. “Those factors matter, especially in selling your program,” Giacomazzi explained.

Asked about the current opening at SJSU, Giacomazzi said, “how many times have we seen this movie, why not try something different?” His advice on any new hire is “he better be connected to the Bay Area.”