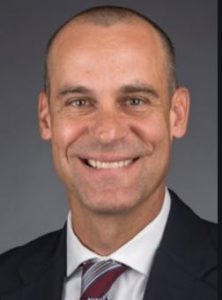 Clink and his staff annually nab prospects primarily out of northern and southern California (including a California Community College Co-Player of the year in the last recruiting class), win 20+ games each season and experience few, if any, transfers. He is the backbone to the annual generation of a family-like atmosphere, so much more than just a group of hoops talents appearing on a roster. In fact, former Wildcats return each season to speak to the team and do athletic promos. 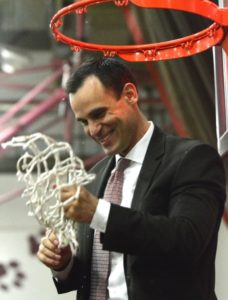 His players also succeed in the classroom, to the extent that Chico State is always at or near the top in California Collegiate Athletic Association academic success.

A Morgan Hill native and Live Oak High graduate, he played at Gavilan College and Chico State and assisted at the latter, taking over when the program was in the midst of a swoon. In his second season, the Wildcats were back to their previous successful ways. Clink also assisted at UC Davis (reaching Associate Head Coach level) and UC Santa Barbara and helmed the Gavilan College program for a year.

This excerpt from a Morgan Hill Times article illustrates a major component to his early success: “The first thing was attacking recruiting, trying to identify good players that care about getting their degrees, care about working and developing and that want to be a part of something special” … “We instilled discipline in the program. We are going to work hard, extremely hard. And, in order to do that, it’s about finding the right group of guys.”

Here is an excerpt from Carson Medley’s recent book on Chico State basketball.

Could Greg Clink provide what the San Jose State University program has been missing for so many years?