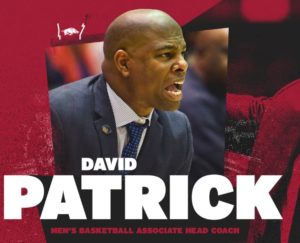 Arkansas Associate Head Coach David Patrick will be the next San Jose State University head coach, if he decides to accept the position.

He currently enjoys a $400,000 Razorback base salary with a number of built-in performance-based incentives. Patrick was earning $261,000 as head coach at UC Riverside, his previous employer.

One likely influential issue is Patrick receiving a $200,000 retention bonus if he remains as a Razorback through the conclusion of the 2021-22 season, including any Arkansas NCAA tournament games.

Another probable concern for Patrick is the differential in housing prices. The median home price in Fayetteville, Arkansas is $220,000 whereas it’s $1.2 million in Silicon Valley.

Patrick also interviewed back in 2017 for the Spartan head coach position but wasn’t selected.

He departed from Riverside amidst concern that the Highlanders athletic programs might be downsized, if not eliminated.

Having assisted St. Mary’s Coach Randy Bennett from 2006-10, Patrick is well-versed with West Coast basketball and is known as a top  recruiter with excellent connections in Australia.

Arkansas faces upstart Oral Roberts on Saturday as part of the Sweet 16.

Here is his University of Arkansas biography.

Below is Patrick’s record as UC Riverside head coach: