It’s not any consolation whatsoever but Oscar Frayer took to the court last week in The Big Dance.

AJ Bramah: “UPDATE: I appreciate every University that took their time to recruit me. These are my FINAL 4 schools and I will be committing on Friday March 26.” 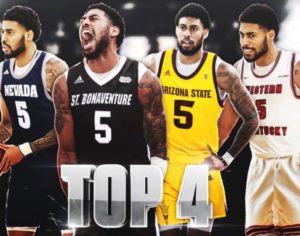 Just Hoops: “Sam Houston State transfer Bryce Monroe tells me that Seattle U, UC San Diego, and San Diego have reached out to him since he entered the transfer portal earlier today.”

Jake Lieberman: “He only entered the portal yesterday, but Sam Houston State transfer Bryce Monroe tells me that a decision is coming soon. Washington State, USD, UCSD are involved. Was named Southland Freshman of the Year.”

The 5-foot-11 guard is out of Archbishop Riordan.

Jon Rothstein: “Source: Tommy Kuhse is returning to Saint Mary’s next season and will exercise an additional year of eligibility. Significant WCC news.” 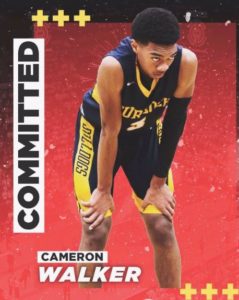 Simply Basketball: “One of the top unsigned point guard in NorCal is off the board! Jason Cibull (Alameda HS) has committed to Holy Names!”

Cibull is 5-foot-11, out of Alameda High and headed to play for Coach Dan Eberhardt.

Denver’s elevation should aid Gordon’s elevation, not that he needs it.

Marquese Chriss is now a San Antonio Spur but remains out for the season with a broken leg.

An excerpt:”It wouldn’t be a surprise to see the Warriors try to bring him back next offseason.”

“Growth Mode: How Mondays Have Become the Key to Gonzaga’s Success” Greg Bishop

A great guy, let’s hope he’s back on the sidelines soon.