Don’t know what’s wrong with me but my vote for the most exhilarating component of Baylor’s victory over Gonzaga goes to the Bear  perimeter defense. Those guys played physical, applying consistent pressure. Any coach wishing to illustrate what he requires defensively from his guards simply needs to play the championship game tape.

Very thorough explanation here — the epitome of assistants falling on their swords for the person in charge, the decision maker.

Gonna have to rent a hall to have room for all his suitors.

Michael Steadman: “I’m excited to announce I will be playing my last year and completing my graduate studies at the University of Massachusetts”

Out of James Logan High followed by CCSF, he has played S1 ball at San Jose State University and Montana.

6-foot grad transfer Keith (San Ramon Valley High/VMI) Smith is departing Cal Poly where he was playing for John Smith, his uncle. He averaged 5.6 points and 2.9 rebounds with 90 assists versus 45 turnovers. In 23 games and 22 starts, he played 25.9 minutes a contest. while shooting 36%, 29% and 77% respectively. 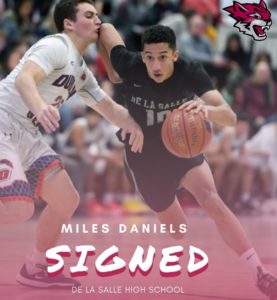 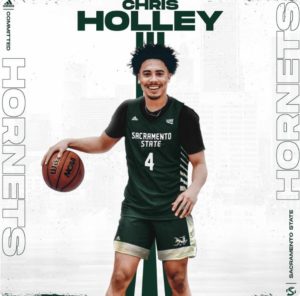 Holley is a 6-foot-2 point heading to play for Coach Brian Katz at Sacramento State. He was offered in mid-March.

“Have Aaron Gordon and the Nuggets Unlocked Each Other’s Potential?” Dan Devine