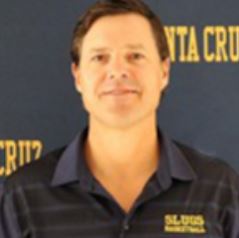 “The American coach Ron DuBois will be the Sports Advisor of the Uruguayan Basketball Federation after reaching an agreement with the Superior Council. The coach has performed duties for 5 seasons in the NBA/WNBA. Also, for 16 seasons he was part of the NCAA in all 3 divisions.

DuBois’ focus will be on training and development of young talents in both female and male, focused on three main axes:

1) Collaborate in the National Training Teams program
2) Promote the Development Program
3) Insertion/expansion of the program in Schools.”

More: “I am excited for the experience as Hall of Fame coach Ruben Magnano (Coach of the Argentina Golden Generation) is the Technical Director for Uruguay…”

His absence is a major loss to Santa Cruz County hoops and the UC Santa Cruz roundball program but our congratulations go out to one of the good guys in hoops. Basketball in Uruguay will definitely benefit.

Does the signing of Whitaker affect the recent addition of guard BJ Batchan?

Head Coach Lucas Gabriel comes from Chico State and Fresno City College and always has a large contingent of northern California talents on his roster. Bellevue University is located in Nebraska.

UC Davis and San Jose State University didn’t make the cut for the Idaho prospect. It’s fascinating that two teams from the Pac-12 Conference, two from the Mountain West Conference and one each from the West Coast Conference and the Big Sky Conference remain in the running. That’s quite the spread.