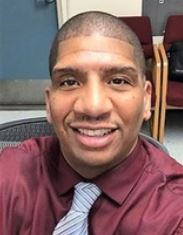 Sherman Holmes was hired in 2020 to helm the Ohlone College men’s basketball program but Covid-19 prevented the Renegades from ever talking to the court. Besides being a coach and a school counselor, Holmes is also the author of three books with a fourth due out soon.

“Holmes Brings It On and Off the Court” Tina Vossugh

Prolific Prep: “Please welcome 2024 Zion Sensley to the PP family. Zion is an ultra long shooter who is going to breakout competing daily against other future top players. His ceiling is very high because of his intangibles and IQ.”

Out of Moreau Catholic High, 6-foot-3 Miles Griffin is headed to southern California to play for Cal Lutheran in ’21. 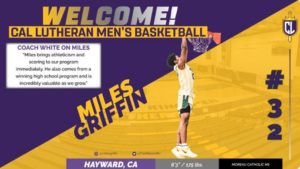 “Battle of Norcal Recap | Start Of A Tradition” Simply Basketball

Sellers was a man on a mission in game one and quickly announced himself to those that had never heard of him by going 3 for 4 from behind the three in the games first couple of minutes. The long-range bomber stayed locked and loaded throughout the contest, shooting it equally well on the move. Sellers doesn’t need much room to get his shot it off and more importantly he moved constantly without the ball to free himself up for good looks. An excellent ball handler he was able to slide over and initiate his teams offense when he needed to.

One of the biggest recruits on the west coast and it’s easy to see why. The baby face Thompson has such a high ceiling when you factor in the fact that it doesn’t even look like he’s grown into his feet yet. His standing reach looks crazy, and the fact that he operates with the ball in hand provides for so many mismatches. Thompson has all sorts of abilities that make him such a threat on the floor. On the high school level he can guard all five positions, which made him so important in his teams screen and roll defense. Some games he shot it much better than others, but you have to honor him as a perimeter threat. Over time his game will become polished making him such a load to handle. Swiss army knife type of production is what he’s capable of.