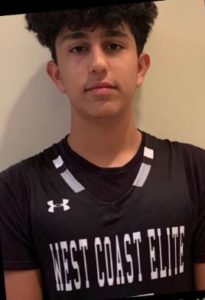 If a three-point shooting contest ever becomes a segment of the various prep summer all star events held in the Bay Area and northern California, the Vegas house money would be on 6-foot-3 Pasha Goodarzi, a 2023 guard out of Valley Christian High, as the favorite. Already in possession of a trio of offers from DePaul, UC Santa Barbara and San Jose State University respectively, the junior will be both the team leader and high scorer of the Warriors in the upcoming 2021-22 season. Enhancing his recruiting attractiveness even further, Goodarzi maintains a sparkling 4.0 grade point average.

What does he see as the best tools in his arsenal? “Three-point and mid-range shooting. I’m an elite shooter off the dribble and all I need is a quick peek at the basket. I’ve put in a lot of training with my shooting and my footwork is also very good. I have a nice stepback.” Call him the most refined marksman in the area. Additionally, “I’m very versatile and could play the point in college.” He acknowledges “I’m not the fastest on the court” but his counterbalance to that is “my first step speed and footwork make up for that.”

As for a best moment of late, Goodarzi made his mark last summer at the Peach Jam Tournament as a member of the Oakland Soldiers EYBL squad. “In a must-win game for us, our main scorer was hurt so we had a gap to fill. I scored 20 points (six threes) and made some crucial free throws.” 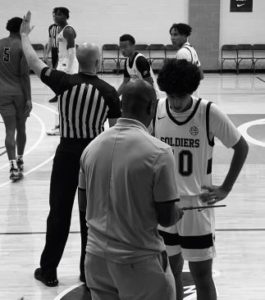 Detailing similarities and differences, he offered, “I’m a shooter on the Soldiers and I help space the floor. My role at Valley Christian is similar but I’m also the go-to-guy, the leader of the team.”

That’s another positive element in Goodarzi’s repertoire. “I hold people accountable and won’t sugarcoat things. I was taught to be vocal and be a leader.”

His current three suitors “check in a lot with a combination of texts and calls.” Entering his junior year, Goodarzi’s signing is still far off but he would prefer to sign in the November signing period of his class “if it feels right.” He’s wide open regarding location but “I want a coach who believes in and trusts me and the team feels like a family.”

Regarding major impacts in his life, Goodarzi offered, “I’d say my Dad as an influence in both basketball and life in general. What he has taught me applies to everyday life and translates to basketball. My Dad played in high school and I grew up surrounded by it because I’ve been playing since the fourth grade.” Additionally, “my Mom is my entire support system, she takes me to all my training and practices and games and is my #1 supporter.” 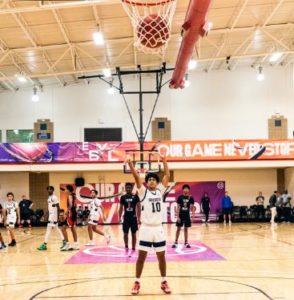 Goodarzi also cited Ray Townsend, Valley Christian’s interim head coach, as a significant factor in his hoops life as the two have known each other for some time. “Coach Townsend focuses on major and minor specific details and emphasizes that every possession counts. He is also an amazing shooting coach.” Townsend played at UCLA for Coach John Wooden then moved on to spend time with the Golden State Warriors and Indiana Pacers as well as playing overseas. Plus, 6-foot-7 Dallas Maverick Luca Doncic received a Goodarzi shout out for “his strong footwork.” At 22, Doncic is a two-time NBA All-Star known as a positionless player who prospers at the point, two guard and small forward positions.

So what will fans see from Valley Christian this season? “We will surprise. We’ve made a huge improvement as the younger guys have matured and we have a few transfers.”

Goodarzi isn’t sure what his major will be in college. “I haven’t found my passion yet but one I’m looking at is commercial architecture.”