From a simple loving act
the three seasons passage
a consciousness unleashed
unique,  unlike no other that will ever be 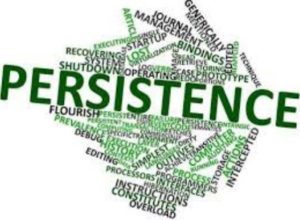 Would it be north of the Ganges?
Or south of the Pecos?
As three Sisters of the Wisdom sprouted out of Gal-veston
Their destination?
Well, they never were much into following, directions or otherwise
For anyplace was now truly their place
Or soon would be
Paris, Texas equaling Paris, France in the larger cosmos

These daughters of the American Revelation had quieted their internal fires
No more emulation of The Furies
Not that they would ever go gently into any night, good or bad.
Their newly adopted modus operandi:
Polish their rough edges of survival,
Continue seeking truths despite its varieties and beckoning detours
Solve the conundrum why karma is always a bitch and never a bastard.

After persuading the Four Horseman to turn the other cheek
Thereby choosing instead Win-Win, Peace, Cornucopia and Everlasting Life
The trio entered the modest state of Whimsy, population: depends on the time of day
A few residents milled about.
One, a mangy man adorned with a carpenter belt crossed the road
He began distributing cards reading “I build bridges, not walls.”
Loaded down with paper files of a sort, another male approached and asked
“where might be the court of public opinion?”
Over in the corner cafe, the literati argued fervently over the divinity of the Brothers Grimm versus the Sisters Bronte,
It was not Kansas. More like a Bohemian rhapsody

One street over, the wise ones noticed a burned out hulk bobbing out in the water
A gnarled man stood before them
He said, “I am Noah and some say I failed miserably
I faithfully acquired two of each but with ‘don’t ask, don’t tell,’ how was I to know?
Nowadays, I meander about awaiting further instruction, grabbing thunder in order to quiet the constellations.”

This was followed by the appearance of a wagon train
It emitted a vibration of cosmic energy
A townsperson mouthed “It’s truth or consequences time”
But what did that mean?
Call it a reckoning:
Those exhibiting predatory predilection
secular or otherwise
would be rendered into a void
a suspension into ever-present miasma
before eventually returning as those they harm
unless and until getting right with the purpose of life.

Facing the wagons, the women spoke in harmony:
“There is no glory in bombs bursting in air or any rockets’ red glare.
For this we know, the very hard way.
We have heard you are of true emancipation.
and not another corrosive ball and chain that poisons the magic.”

There was no audible response.
The crocuses silently continued their dawn-to-dusk interpretive ballet
Caterpillars quietly sang and butterflies winged it
The wise trio continued: “What guides us?
Enlightenment as a springboard towards grace”

All remained silent
Finally a puff of white smoke emerged from the lead wagon
The women said “yes, we were once but now are not who you seek”
That they weren’t.
Because, nevertheless, they had persisted.

The Koch Boys own some on the Supremest of Courts
with the rest of the majority, it’s wink and flirt
as for governors, senators and representatives all
it’s a brown nose affair of beck and call

Oh, they’ll drown you and call it a baptism
draw down your lifeblood and say it was a gift
make you Sisyphus with boulders ever growing
then nonchalantly cast you over the cliff