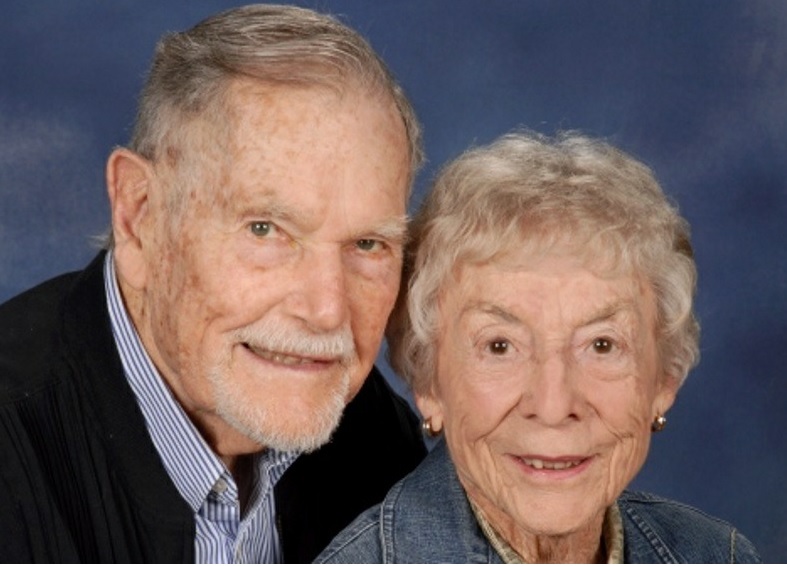 Here in Montevalle, residents recall the mid-nineties but few can claim that figure as their present age as Bob and Mary Fuller do. Residents here since 1990, their initial attraction to Montevalle began while attending a party at resident Ruth Fogel’s home. “It was a beautiful place out in the country,” recalled the pair. “There were opportunities to become involved in the community, neighbors you could call on and talk to, or you could be more private.” Both enjoyed many of Montevalle’s social activities, including an RV club that took many trips, community dinners held at the Redwood Grove and dances that sometimes lasted until midnight.

“We got to know Rey Retzlaff (one of Montevalle’s founders) very well.” Bob served a term as Montevalle Board President.

A native of the Bay Area, Bob earned an electrical engineering degree from UC Berkeley while also enrolled in ROTC (Reserve Officer Training Corps). Upon graduation and with World War II raging, he was sent to New Jersey for Army Signal Corps training with orders to head to the Pacific theater. “But President Truman dropped the (atomic) bomb,” explained Bob, and the newly minted lieutenant was transferred to the Army Reserves.

Originally from Minnesota and quite the scholar, Mary was accepted at Stanford before she transferred to UC Berkeley. Yet after the Pearl Harbor attack December 7, 1941, she dutifully left school and joined the WAVES (Women Accepted for Volunteer Emergency Service) of the US Naval Reserve. Sent to work in various labs outside Washington D.C., Mary recalled, “Everyone volunteered. It was a different country then and everybody was together.”

As a result of Japan’s surrender, Mary also enjoyed a quick transition. “I went into the WAVES building in San Francisco wearing a military uniform and came home in civilian clothes.” She returned to UC Berkeley as a junior and earned a degree in Bacteriology.

Bob went to work for General Electric (GE). “I was in the computer time-sharing department and had to carry around computers weighing 50 pounds.”

The two initially met at the First Congregational Church of Berkeley. Each separately joined the church’s Young Professionals Group because it sponsored numerous social activities including camping trips, canoeing and hikes.

He proposed marriage just before GE sent him to work in Philadelphia. As Mary put it: “I know all the other women were after him.” According to Bob: “I had plenty of competition for her.”

Their interest in the outdoors never abated despite one especially harrowing incident while camping in the June Lake area of Mono County. Bob, Mary, and their children Paul and Patty were each on horseback with a cowboy in front hauling their camping gear and provisions on pack mules. On a narrow trail, the lead horse pulled too hard sending animals and equipment over the edge of a cliff. Two mules were killed. Rangers were called in to help with the rescue and Bob also spent many hours going back and forth retrieving the family gear.

In 1972, the pair moved to Santa Cruz with the desire to enter into business for themselves. They purchased Santa Cruz Hardware on Pacific Avenue. Mary ran the housewares section and especially enjoyed teaching sheepish single men about the basic necessities required to set up a household. The Fullers owned it just short of 14 years, selling three years prior to the 1989 earthquake that damaged and destroyed a number of iconic buildings on Pacific Avenue, including the one that housed their former business.

What sagacious tidbits have they learned during their lifetimes? “As you grow older, you have to accept things. Life is give and take. We’ve learned to be more tolerant of other people in the park and tolerant of the Board (of Directors)”–the latter said with smiles. The Fullers would like people to know that they have participated three times a week the past three years in the 3M Class (Mindful Movement to Music), which is a chair exercise class. They feel that this has kept them moving and helped with balance due to the additional standing routine which ends each class.