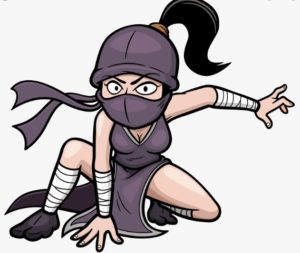 Just what else could go wrong?
Jeez, is that Rudolph smoking a bong?
and now he and his fellow flyers want to join the Teamsters

Santa can’t tell Dancer and Prancer apart
yep, it’s long past due for a heart-to-heart
for Blitzen’s kibitzing with Vixen and Cupid’s flinging daggers

It was way past time for an intervention
or maybe a simple circumvention
is there anyone up to fulfilling Father Christmas’ challenge?

Shouting “Whoa, red went out with the Cold War”
arrived that mainstay heroine of feminist lore
The only being who could rectify this Kris Kringle disaster

She’s a far distant niece of Santa, this Santee
as competent as only a woman can be
but can she alone turn the tide on Yule’s unfinished business?

There was no time to dillydally
Aboard came Artemisia, Boudica and Grace O’Malley
Little Debbie was in if no ho-ho’s were to be served or uttered

“They certainly did my fair niece”
“I’m now clad only in blue-tinged fleece”
“Might I call you now the one and only Christmas chaffeuse?”

“No, this was just a one-off event”
“I’m now seeking out other discontents”
“You can rest assured future December 25s are in many good hands”