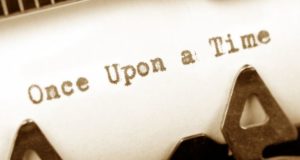 Writing and I communicate in on-again, off-again partnership

head, heart, lexicon involved in the oddest of threesomes

intent: my truth,  however shrouded in hieroglyphics

eerily similar to the dissonance of betrothals at brothels

Be it orthodox, multi-interpretational or indecipherable

with art or anything else, when is less more and more less?

or enough enough, for fulfillment, mere satiation or slighter?

Daveed says everybody has one murder in themselves

I call myself a hunter, a mere stalker of words

search, then sight, followed by aim and fire

is it a flesh wound, a hollow miss or inspiring fulfillment?

Being a lazy poet with a sloth-like indolence

“a minimalist” as I often spout with elan

a subdued pilgrim of the single word poem

be it ever elusive, not even half a haiku

Of no known western habitat

neither of dictionary nor thesaurus

yet capable of intimacy with seekers