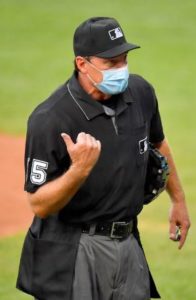 Forever on the outside looking in

a hall of fame no-win shoo-in

guilty of the being boring sin

an off balance of yang and yin

chagrin camouflaged by a goofy grin

often anorexic at the gravitas weigh-in

taken one too many on the chin

perennially searching for a life plug-in

in charge of the human waste dustbin

being quite the deluxe Zelig stand-in 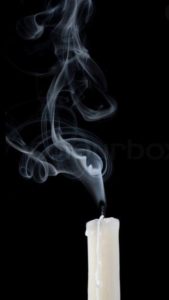 I saw the light and extinguished it

flowers convulse and wilt from my stare

But hell no, I’m not an abhorrent person

special ops, they cross the street

wherever I’m out doing my predator strut

But hell no, I’m not a dangerous person

I see Satan as Diogenes just dressed in red

most humans are rotting organic matter

foreclosing on widows should be an Olympic sport

But hell no, I’m not a disgusting person

humiliated gods in ways not nice

yep, being while Black is a judicious pre-crime

But hell no, I’m not a vile person

card-carrying members of cruelty and sin

it’s a club on earth with a long waiting list

But hell no, I’m not a loathsome person

Saints and sinners, losers and winners

ah, these dreary days of whiners and accusers

But hell no, I’m not a repulsive person

Inspired by Tim Grimm’s riveting song “Dreaming of King Lear” as well as creations from other artists now passed. Thank you, make that bless you, for your musical illuminations

They weren’t entertainers, artists of life if you will

all about humanity’s truths and universal mysteries

being terms of enrichment to those willing to hear

his ashes the flowers of the flames

always for the roses and the bread

and a non-pareil roller away of stones

Bill Morrissey being of that kind of mystery

peering into eyes and living forever

with so many things in his life being unchosen

his songs the only sacred ground some knew

as we carried burdens in the cradle of his grace

It was Jerusalem mañana for David Olney

with eyes that were never blind

to the oak trees blossoming roses

and Barabbas only living for today

let’s kiss his ever so wry ass aloha

for offering a plaintive ‘hello in there’

even when Daddy’s arm had a nasty hole

nor a life as a humble keeper of the lock

those being chains to some, life anchors for others

his work not to be lost to the knowledge of man

Terence Martin may or may not have been waterproof

yes, the problem is certainly in the human

it’s that damn graffiti in the chambers of the heart

so when the boatmen stole the Africans

did God ride or row

with the Angelina River always at his back?

if he ever passes this way again

to remind all who have gathered

that it’s not the singer, it’s the song

They weren’t entertainers, artists of life if you will

all about being, humanity’s truths and universal mysteries

being terms of enrichment to those willing to hear

I’ve bountiful friends if all my written creations are counted

those being my emerging thoughts dappled with blinding truth

each will endure somewhere out in the vast cosmos

even though I will someday take my bodily leave

Call me a dabbler penning primarily a capella

unsure of who or what germinated these thoughts

am I just picking word mobiles out of the air?

or existentially churning over my existence?

I consider my scribblings actually more my disciples

way past 12, they keep their own emergence time

good company they are although I’ve bid a few farewell

No, I cannot healthy up the lamed and twisted

even if the common cur can be taught to heel

however, water to wine stumps our four-legged friends

hey, so what if I’m not the next word messiah?

it happened in church, in the inner sanctum to be specific

provoking “you shat on the Golden Rule, are you settling for silver?”

I blasphemied, “you wanna be on the comp list for heaven?”

Alas, faith, hope and charity used to mean a lot to me

they raved that my words were nutritious, not so much the story line

Is “Bringing in the Sleeves” adapted from the tailor’s hymnal?

Is it just in the South that folks cottoned to slavery?

Wasn’t the sole Old Testament method of burying the hatchet into someone’s skull?

Jesus was a Nazareth High alum but did he have any higher education?

Is three sheets to the wind referring to a mini-Ku Klux Klan ride?

Weren’t the southern gentry known for the hit song “we are our brother’s keepers”?

a stampede of irresistibly arranged words

a detonation of endorphins

capable of bursting the human heart

while dizzying the homo sapien brain

resulting in a gravity nullified unshackling 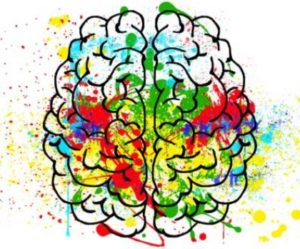 There’s no rhyme present (well, very little), not a lot of reason, just a dose or two of judgment and desperately and deliberately little adherence to the formal laws of grammar with some of the scribblings below running four lines, others two, a few just a solitary jotting. You have been warned.

perdition is seen as providential

Only select humans are anointed essential

in our ravenous reluctance for honesty

Most males, yeah, they shrew up quite well

suffocating the breathing of their Greek choruses

The pre-eminent perjurers throughout the land

masterfully send out others to make their stands

while idea philanthropists being a dime a baker’s dozen

are in need of hefty brain floss or a stout fumigation

It’s certain that nobody knows and even less care

maybe it all boils down to Polly just wanting an ester

Denominations continue to bring in the sheep

even though there ain’t no meat in loaves and fishes

So tell me, are you hither or are you yon?

They offer up 40 acres and a kick-shitting mule

alongside cardiac arrests performed on all deemed less

“Flowers For Algernon” gets re-titled “Who Moved My Cheese?”

as the fine print in reading comes with it own responsibilities