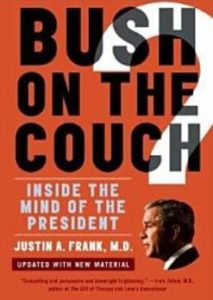 The genesis: — “Bush On The Couch” by Dr. Justin A. Frank

It’s your station in life commanding fear or respect

a quality forged by bridges built or wrecked

to aid the weak or succor the powerful

it’s a mantle earned by who you call and cull

Being so broken, drink or dominion offer no fix

the higher you go harming on a grander scale

the naked light of failure a darker shade of pale

tethered to a megalomania writ oh so divine

fostering a callousness of the impervious kind

Running and hiding when it was your turn

keeping the VC out of downtown Galveston

as commander, you tell who to kick ass

but in your time to serve, you took a pass

An entire life riddled and riven by grievous need

the U.S. presidency so way out of your league

or a brush cowboy Al-Qaeda-failure-to-heed

yet tragedy’s lesson ends with this call

you’ll just need to head out to the mall

Because it doesn’t matter what or how

winning the moment, your sacred cow

in your empty suit which you so belong

just bang a gong, getting your war on

Chaney and the rest spun you like a top

with a wink and a nod to a virtueless sop

them knowing just what to do and say

GeorgieT got asked to come out and play

Sending soldiers off to your madeup war

bodies come back, maimed or boxed

your crocodile tears smudging the cost

Jesus ain’t served by your lies and war

never saying sorry ’cause nobody else mattered

the dead decomposing, their being splattered

Just go with the gut, light on the fact

to hell with looking forward and back

no need for analysis and surely no debate

that’s work and carries too heavy a freight

while who’s pickin’ a guitar, flashing a grin

What was predicted sadly came to pass

Tryin’ now to counterfeit what is history

judgment lapses for all to feel and see

truth as mangled as your brand of compassion

making selfless good something to ration

telling us with a wink and his loquacious jive

it don’t take a weatherman to make the deduction

José was pissed: “he don’t resemble me.”

so the kid was an outlier from the start, shunning toys and burro rides

“I’ve got bigger things in store.” he said

And that Jesús did.

“Mamá and papá, I’ve been anointed to think big”

“My future is way beyond these sands of Sonora.

I am willed to start a mariachi blues band.

We’ll charge nothing and fill the plazas and bullrings with the sounds of the future.”

“I heard a messiah complex is spreading rapidly,” said José playfully. “So be careful, you know there’s no vaccine as yet.”

“Don’t you upset the cartel,” warned Maria. “Pilato is extremely protective of his gold, myrrh and frankincense trade.”

“Is your plan to live fast, die young and leave a good-looking corpse,” deadpanned José.

“Not at all,” said Jesús. “But my creations will last forever.”

However, Jesús was not to be sorted out.

You believed in him, or not. He didn’t need to reciprocate.

A calling is a march forward, no slowing, sidestepping, or deadliest of all, explaining.

But fans and a few groupies mostly stayed loyal especially when he produced wine and fish before the concerts.

“We are sound to the deaf, sight for the blind” was the band’s mantra.

“Selling what people can’t buy is the worst of all business plan” snorted José. “Hire a consultant.”

“I’m a prophet, and not for profit,” answered Jesús.

“Let’s be inclusive and be both,” quipped a light-skinned hanger-on from Texas nicknamed Joel, who smiled an awful lot and babbled of earthly riches here and now.

Jesús feared the amount of time Joel spent in the company of the money changers.

In his 20s, Jesús developed a tick of sorts, visibly shuddering whenever anyone in his company exclaimed, “nailed it.”

Even the best doctors could not reach a diagnosis, much less a cure.

One wizened and elder white-robed physician called for an invasive history-ectomy.

He soon lost his admitting privileges for such heresy.

Jesús sometimes misspoke, despite his great deeds of healing the lame.

Many attribute it to intermittent dyslexia.

Because of this Jesús lost a fond friend, a foreigner named Achilles, who prided himself on his invincibility and returned to Greece in a huff.

His musical riffs had become incendiary, therefore dangerous, and international

His lore morphed into an equal union of Pancho Villa and Emiliano Zapata.

The musical revolutionist joined the many thousands, especially students, women and campesinos, who vanished forever.

But the holy infidel mocked authorities with one last offering.

It was a criss cross with an upside down bebop major scale inscribed.

Carved at the entrance of a rundown desert amphitheater outside his hometown.

digest these syllables not as a sermonette

rather a collection of ideas and notions

written hard in mind and put away wet

and humans will never break from its twining

laden with devil hybrids and their beastly strip mining

Long before this nation’s so-called founding

call it the original-est of mankind’s sins

the scars on the enslaved in order to tell them apart

Lower in the water, burdened with heavy hate

Label them holy shrines or places of the damned

they birthed Wallace, Maddox, Connor and that filth

the reality is there’s a new generation always bidding

the latest now nattily dressed in suits and ties of silk

Oh, come one, come all to the public lynch

it’s a swing and sway of the three-fifths faction

as one doesn’t emancipate with solely a proclamation

Call it an alignment with the status quo gospel

brewed and marinated in feral and fetid DNA

for the genocidal will never stop seeking prey

In a land where Senators Helms and Thurmond held sway

MLK and Medgar Evers bled for the color of their skin

is the right to breathe truly a sign of progress?

Martin and Medgar, they never found room at the inn

Yes, human giants climbed many of the mountaintops

alerting and and warning about fires of five alarm

challenging the ordinary ‘we’ve always done it this way’

But this ill extends far beyond the southern seceders

to constituents professing kinship with the Golden Rule

but when human innocence is profanely slain

the thirst of all is quenched by the vilest of cesspools

‘no dark-skinned Nazarene is gonna tell me what to do’

the humane algorithm is plainly never to be solved

for grace obviously has a mind of its own

sorry Darwin, no cure will ever exist for the devolved

but now rather lauded as a worthwhile feature

define him as both a con and a sewer

each succoring up for greater human sacrifice

with a genteel most genuinely counterfeit

Have black lives ever really mattered?

only in the futures market of the enslaved

angels yes, among us there are no better devils

sadism is simply home sweet home for the depraved

With science and facts afire at the stake

and death squads in blue roaming the lands

the latest iteration of absolute no-nothings

Jesus arrived at the dusty crossroads

declaring “I’m allergic to all matters of wood,

for the price it isn’t always right,

even in the cause of brotherhood” 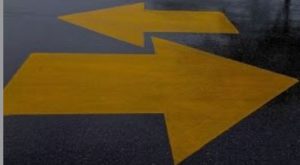 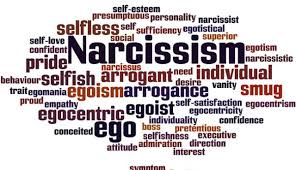 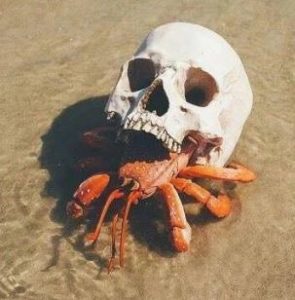 With all  due credit to Christopher Hedges and his beacon of honesty.

Some look forward to the kill
taking human life as a thrill
but it’s different you see
when you’re sitting in D.C.

Yes, I’m still somewhat alive
maybe cursed to have survived
but I gave my life too
for it’s not the me I once knew 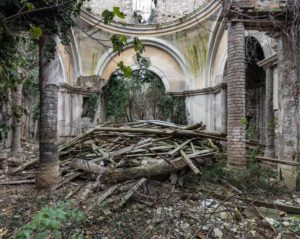 Plying misogyny with his favorite, simony
was Pope Gregory’s corporate policy
those married priests, what a bugger to solve
starving wives and children just damage collateral

A hatred for vaginas, either minor and adult
protecting penises like a phallic-worshipping cult
a sweet spot for power and mass subjugation
collective disdain for over half of creation

Just like on earth as it is in so-called heaven
Pope powered genocide billed as killing without sin
Blood spilled, lives lost, all for imperial control
while the holy city lies in residence within us all

Ah, the devils do-ers in Avignon and Rome
selling title and salvation with hearts of stone
pardons for sale, heaven’s entrance for a price
and that’s only if the hierarchy wants to play nice

Off with the Cathars and the Anabaptists
woe to Hildegard especially but all heretics
the treatment of reason as a treason, ideas as threats
you’re with us or against us, place your bets

Galileo, the heretic, he should think the same
yet it’s rapacious priests shielded from shame
between being bastards and producing ’em as kin
deserving of placement in the apocalyptic dustbin