Let’s look at at a quartet of northern California talents who transferred from their initial choice of college basketball programs. The focus here is deciding if the original basketball program/level was or wasn’t a good match alongside a determination of the hoops fit of the current school. 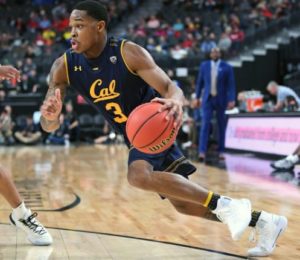 Paris (Bishop O’Dowd) Austin is a 6-foot senior who played his first two seasons at Boise State before transferring to California. While in Idaho, he averaged 8.4 points overall while shooting 47%. Honing in further, he scored 12.3 points per game with a 49.1% shooting accuracy alongside 90 assists as a sophomore. It’s safe to say Austin was prospering in the Mountain West Conference.

Analysis: Austin was heading to some all-conference buzz at the very least while at Boise State. As a Bear junior, he displayed the hoops skills and physical ability necessary to be successful at the Pac-12 level so his drop in efficiency this season to date is a mystery. Minus a turnaround, he won’t finish his college basketball tenure as a positive transfer (although owning a Berkeley degree is a major plus.) 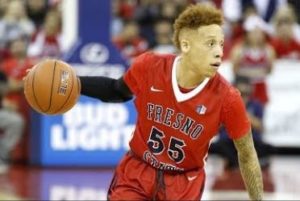 Blackwell’s senior statistics to date are 7.4 points, 4.0 assists, 2.0 boards plus 1.3 steals in 34 minutes nightly. He ranks 20th in the nation in assist-to-turnover ratio but is shooting just 36%, 24% and 58% respectively. He just returned from a knee injury and has played in seven of Fresno’s 17 games.

Analysis: The Bulldogs enjoyed a tremendous season a year ago but lost its top two scorers to graduation, leaving fewer offensive options for Blackwell to feed from the point. The Bulldogs are younger this season and bedeviled by inconsistent play, hence the 5-12, 1-5 records. With his transfer, Blackwell moved up in conference level and that’s a plus in his favor. Let’s see how he finishes out his final season because he needs to upgrade his suddenly shaky shooting. Overall, his move to the San Joaquin looks like a success, albeit a shaky one due to his subpar senior accuracy to date. Let’s see how he finishes. 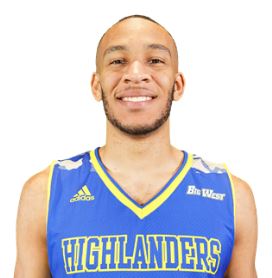 Arinze (Bishop O’Dowd) Chidom is a 6-foot-9 UC Riverside redshirt junior after two and a half years at Washington State where he redshirted as a freshman, played as a sophomore and then left in mid-season as a junior while averaging 3.3 points and 3.4 boards in 13.6 minutes an outing, shooting 33%, 14% and 70% respectively.

Analysis: Chidom went Pac-12, though in the league’s second tier, coming out of high school and now is at the much more appropriate Big West Conference. After sitting out his freshman season, he played 280 minutes as a sophomore and a truncated 109 as a junior indicating he clearly went too high initially (although Ernie Kent didn’t think so at the time). To Chidom’s credit, he made a wise second college choice and will earn his degree and possibly some advanced credits with possibly an all-conference honor or two before his eligibility expires. 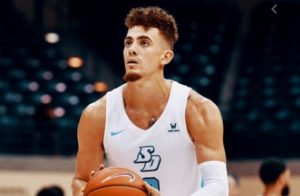 Isaiah Pineiro is a fascinating case study. He came out of Placer High and greyshirted initially at nearby Sierra College. The next season, the 6-foot-7 Pineiro played so well (15.4 points and 7.4 boards) he was offered (and accepted) a scholarship from Portland State of the Big Sky Conference.

But after one season in Oregon in which he averaged 12.0 points and 5.5 rebounds while shooting 50%, 32% and 76% respectively, Pineiro decided to transfer, moving down to San Diego of the West Coast Conference.

He is now is a member of the Stockton Kings of the NBA G League.

Analysis: How many other greyshirts out of high school have done so well? How many Big Sky Conference players have transferred up and increased their production?